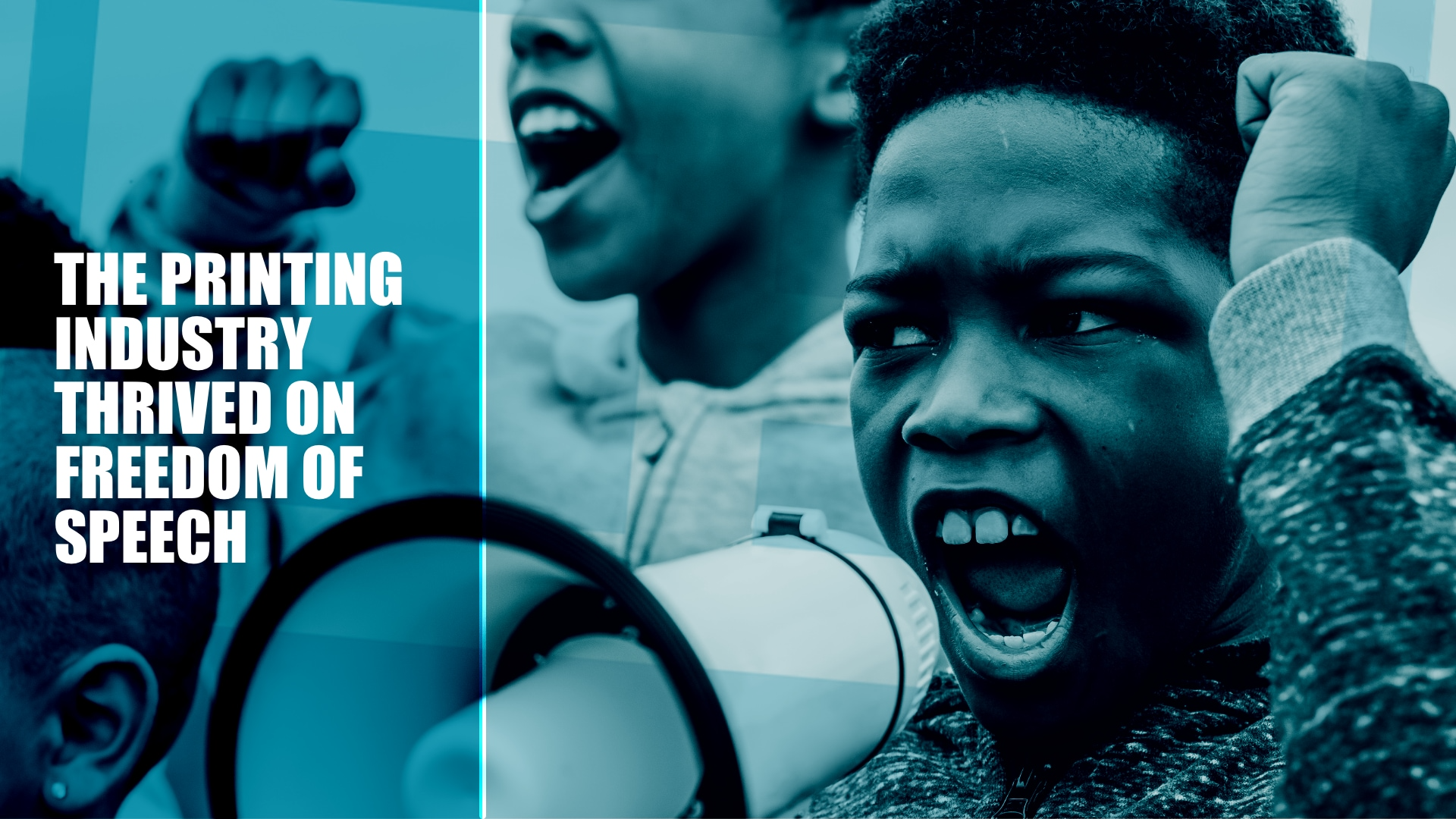 Last week, Twitter shut down the US President Trump's account, which has raised serious questions about freedom of speech and whether we in a democracy can censor content? This question I will let be unanswered for a moment. Before Gutenberg's press, books very hand-copied, and with the press, "mass production" suddenly became something that the authorities 'had' to handle. Publishers needed to have permission to publish, and censorship was widely used to control the books' content.

Books became a weapon against suppression, and even bibles translated from Latin to French, English, and other European languages were illegal. When the masses could read the content, the center point of power changed. The church and the emperors couldn't use God in their political excuses since the masses now knew what the bible said!

Today, censorship is widely used in countries like China, and a widely used expression is "in every war, the first victim is the truth."

Information has become a weapon. When politicians on both sides of the pond today use the expressions "fake news," the entire fundament of democracy is challenged.

The media's responsibility is enormous, and I don't think that all of the major media outlets are fulfilling their democratic obligations! If you should trust the media, they need to report unbiased, truthfully, and fully disclaim under what terms the stories are published.

A couple of days ago, I heard a radio program about the media in the US. The journalist claimed that not one media in the US reach more than 15% of the population. When the European television broadcast stations were state monopolies, the population had a common reference point. I am not saying this was good, but it is an issue today that you can discuss facts as fake. The radio-program also speculated whether media with a limited reach potentially could angle stories to their audience, rather than securing the full perspective?
Freedom of speech is one of the pillars of our democracy - yet we see censorship and attempts to control the media during wars, riots in not only third-countries but even what we refer to as Western democracies.

Up till early 2000, the media was radio, TV, and print. All media required substantial financial resources to publish, and with the internet, distribution of content democratized and became essential global and 'free' - over a brief period.

When countries from the former Soviet Union became NATO and EU members, the EU subsidized printing machines to secure freedom of speech. The idea was to make sure that the government didn't control the press.

In this brilliant TED Talks, Monica Lewinsky talks about "The price of shame." We can all imagine how difficult her time must have been after her time in the 'spotlight.' However, one of her takeaways is that because you have the freedom to speak, it doesn't mean that you have to speak!

When Twitter and others decided to close Trump's account, they do it for the right causes - to ensure that their platform isn't used to promote violence. The consequence can, however, have enormous consequences.

With the ability to share unedited and unconfirmed content, the internet has become a source for all the believes you can think of. A considerable part of this information is shared on platforms like Twitter, Facebook, LinkedIn, and other global platforms - all owned by large private companies. These companies use the content to drive traffic to monetize from advertising and other data-driven services. They are not seen as media regulated by law, but merely as platforms enabling their users to upload and share all they want, only subscribing to the terms- and regulations by the corporate. They are more interested in traffic than regulating the content - as they profit from the traffic.

When Twitter announced Donald Trump's account's termination, they could easily do so with reference to terms. The companies who don't comply with the opinion of the internet are soon punished. Teespring - an online platform and producer of t-shirts, hoodies, and other garments, have been publicly dragged through the mud because some of their customers/users used their platform to produce clothes with hateful messages. Yes, it's bad to produce and promote anything that supports hate and violence. Yes, if their terms specifically claim that hateful messages are against their terms, they should monitor and decide. But what people can think of as unethical is maybe not illegal, and the people's "court" raises serious questions.

More than 2,000 people have seen a post that I shared on LinkedIn about hateful messages on hoodies during last week's riots. However, Fons Put from VIGC raises an interesting question. If ethics and political views are the measures for what to print, can anybody then print, i.e., cigarette packages, or what about other products. What about porn-magazines (if they are printed at all anymore!?) What about alcohol and other products that you may find OK, but others don't?

So can we bash the platforms for content that they practically don't control? Can a warehouse owner be held responsible for the content of the boxes and containers he stores? Can the trucking company and the driver be held accountable for the products they deliver? Or where does this stop?

The large platforms, however, have become almost essential infrastructure. You may remember December 14th, 2020. Most of Google's services stopped working - for hours. It soon became apparent that we have become as dependent on Google as we are on water, electricity, and other infrastructure services. You can see more about the breakdown here.

When you see 'revolutions' in the Middle East, the governments switch off Twitter - so have we become dependent on the platforms to the extent that maybe it isn't so pleasant?
So let's get back to the closing of Trump's Twitter account. If we believe in freedom of speech and democracy, the account can't be closed. The press can't and shouldn't be censored, and large companies shouldn't easily suppress media.

Is it complicated? Damn yes! 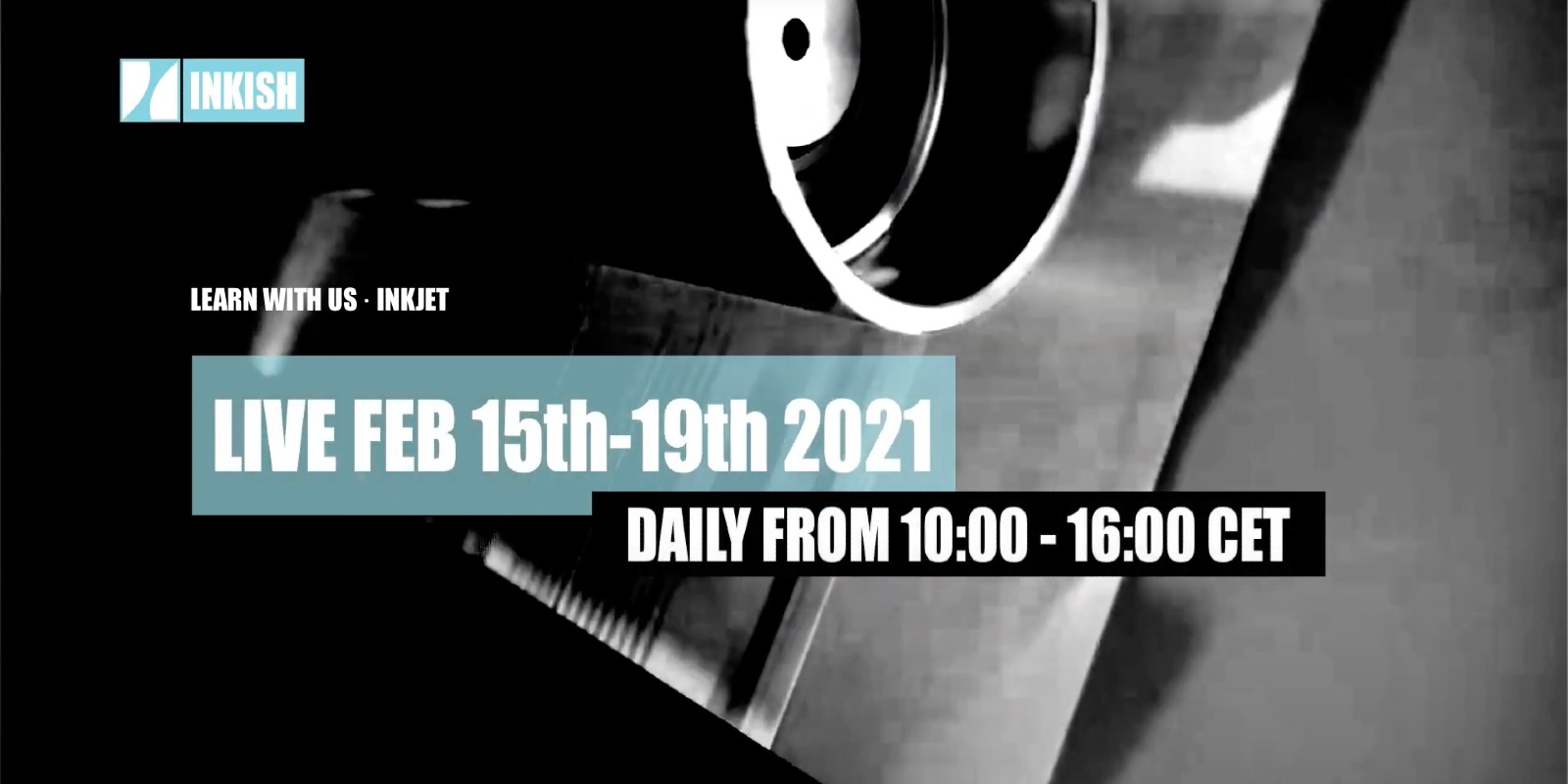 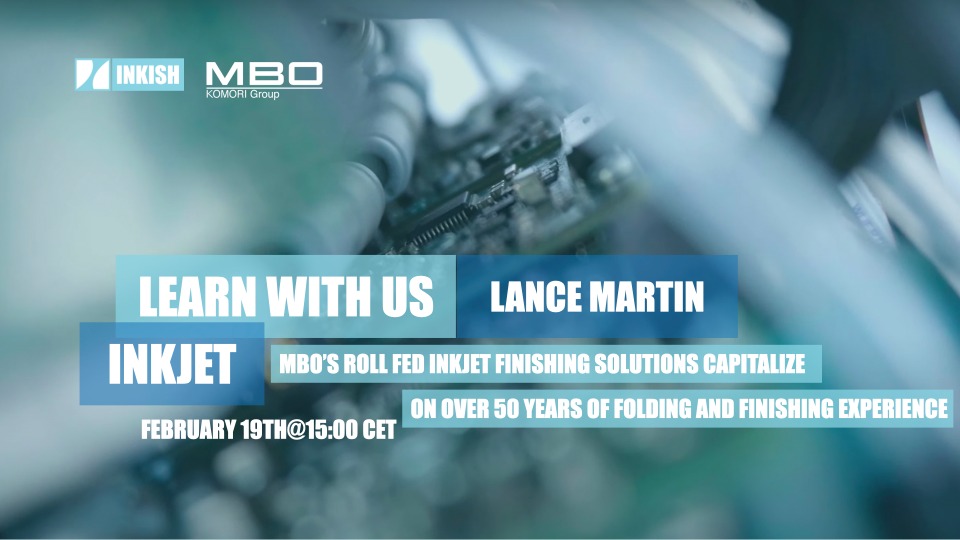 In this session Lance Martin will present the company's roll-based solutions... 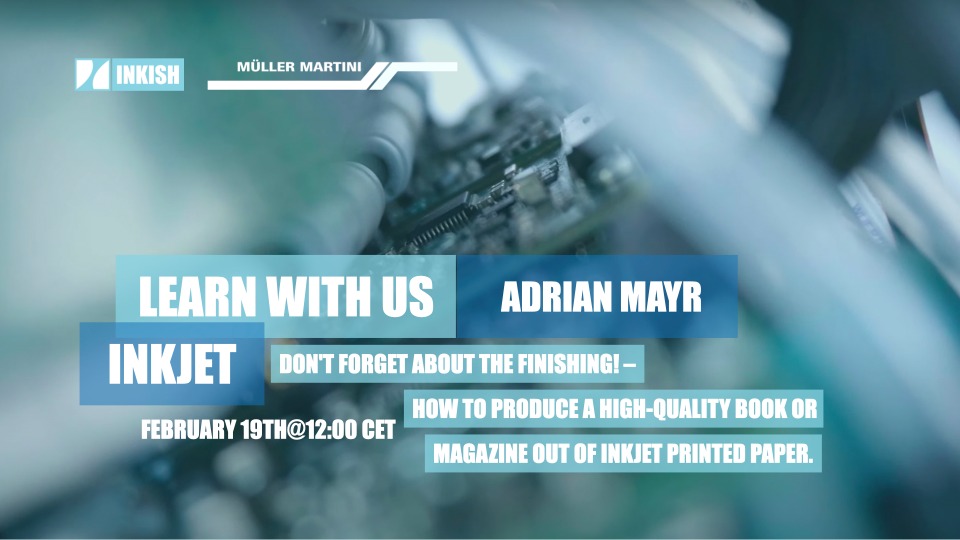 The market demands finishing solutions that keep pace with the variability 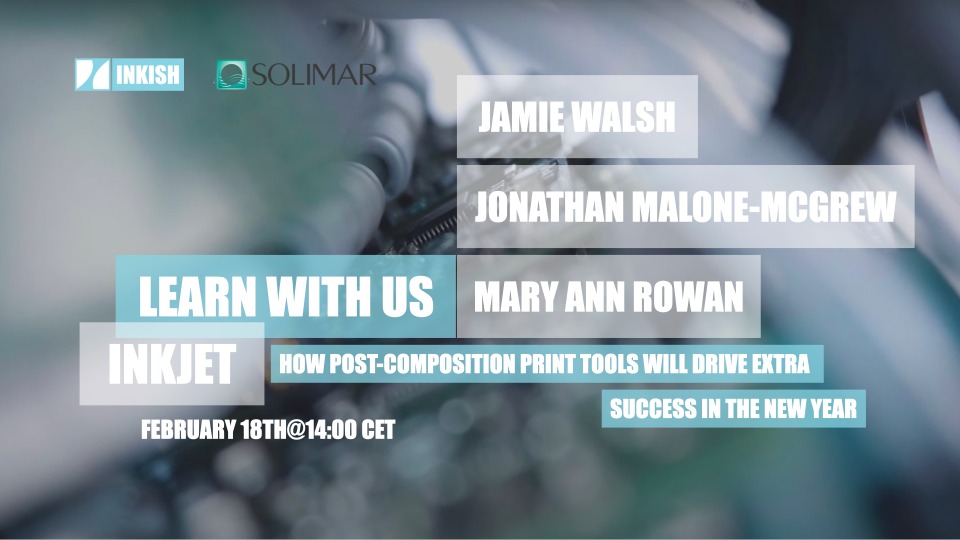 To support your customers, your print shop will need to be at the top of its optimisation game. 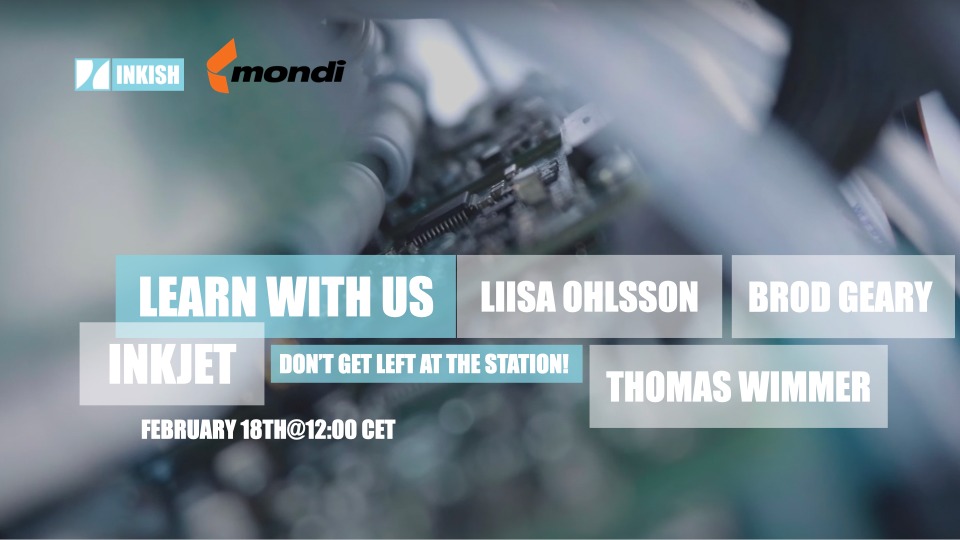 If you are convinced that inkjet is the future, why not join us and learn how you can optimise the result 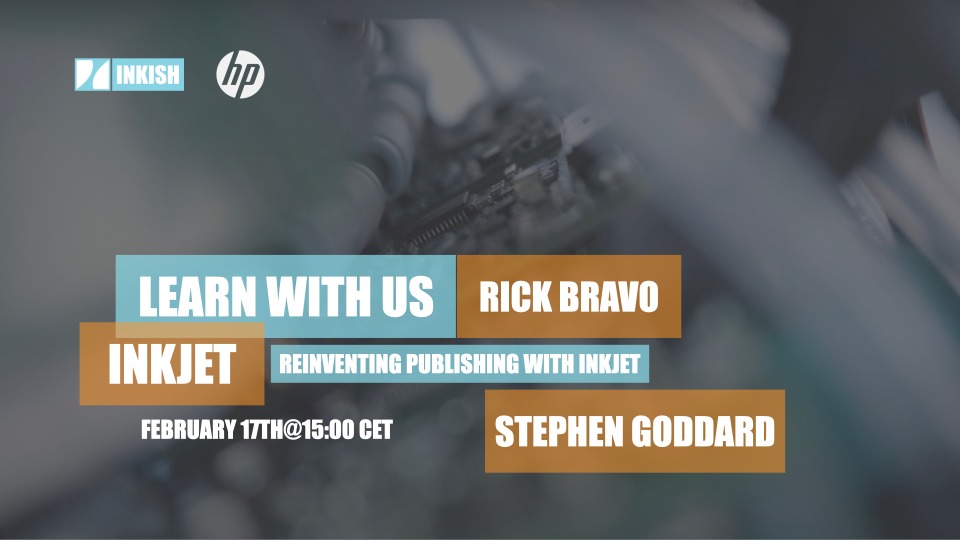 For book printers, being able to produce short runs of books with a rapid turnaround time is becoming the basis of this success. 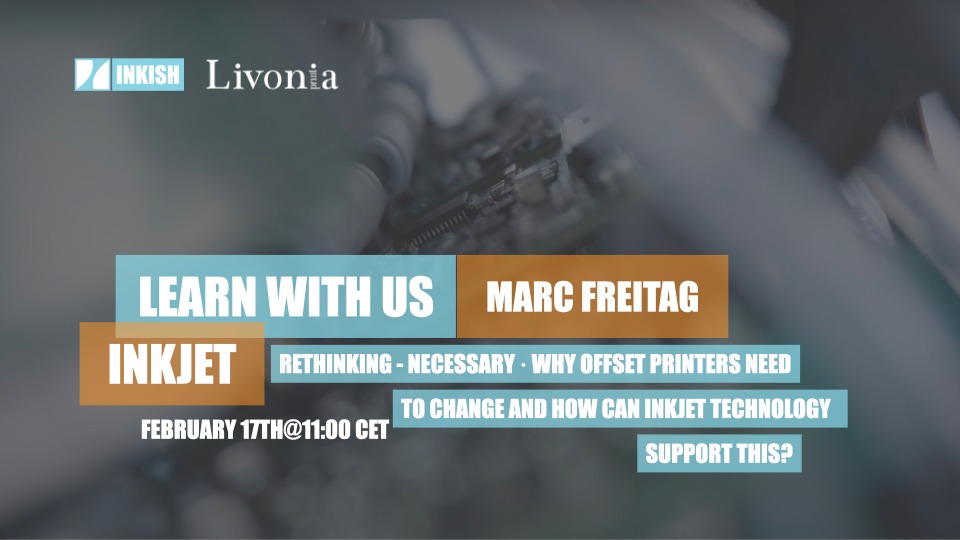 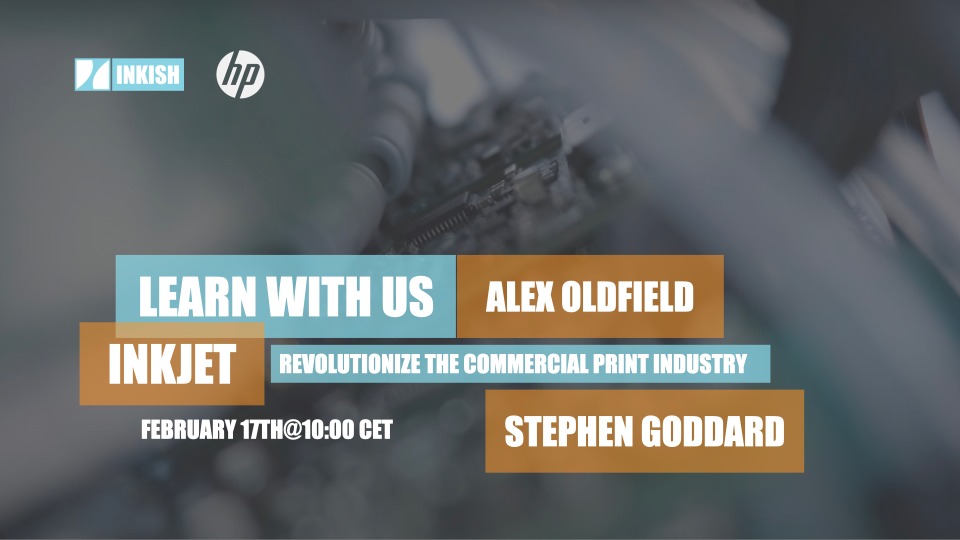 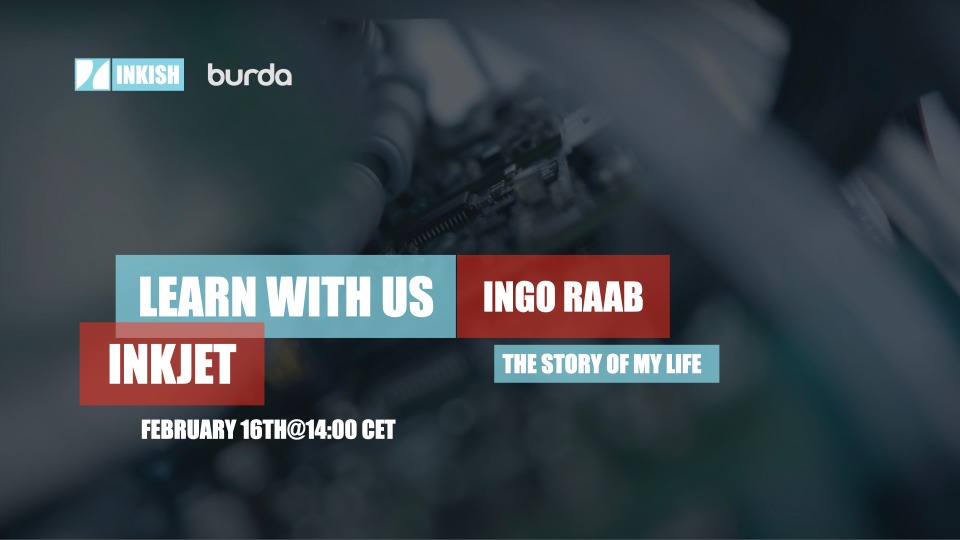 The story of my life

Efficient individualization with an innovative integrated 4-color inkjet system in the finishing process. 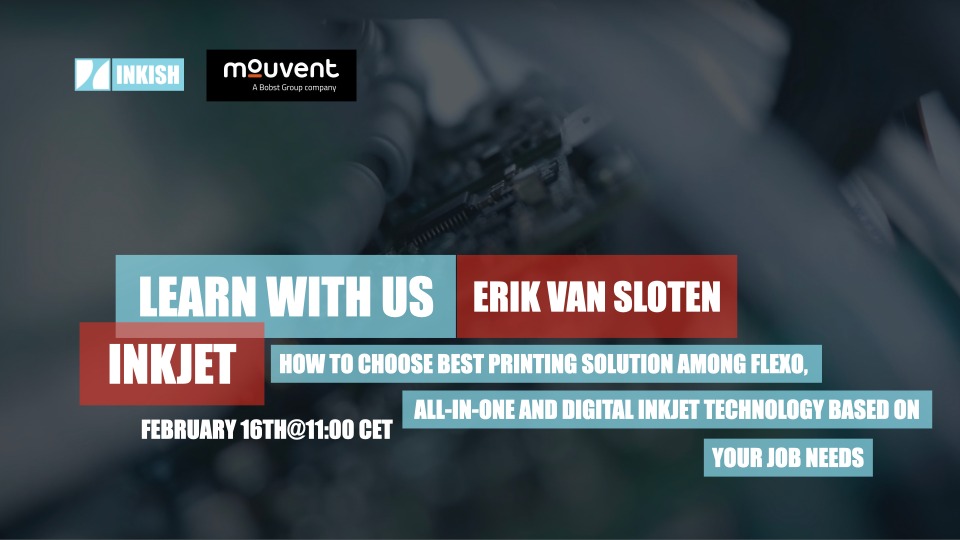 How to choose best prin... 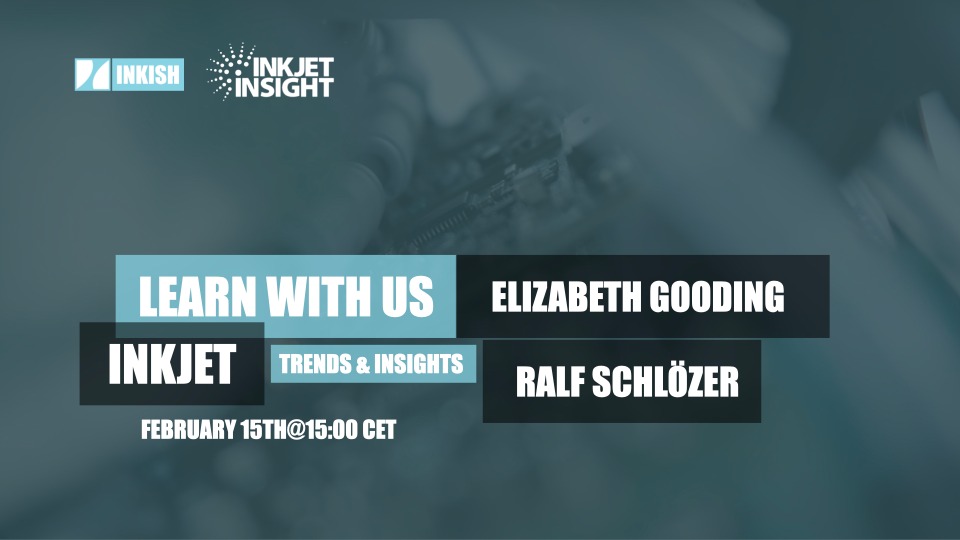 What is interesting about the 2020 new production inkjet press launches