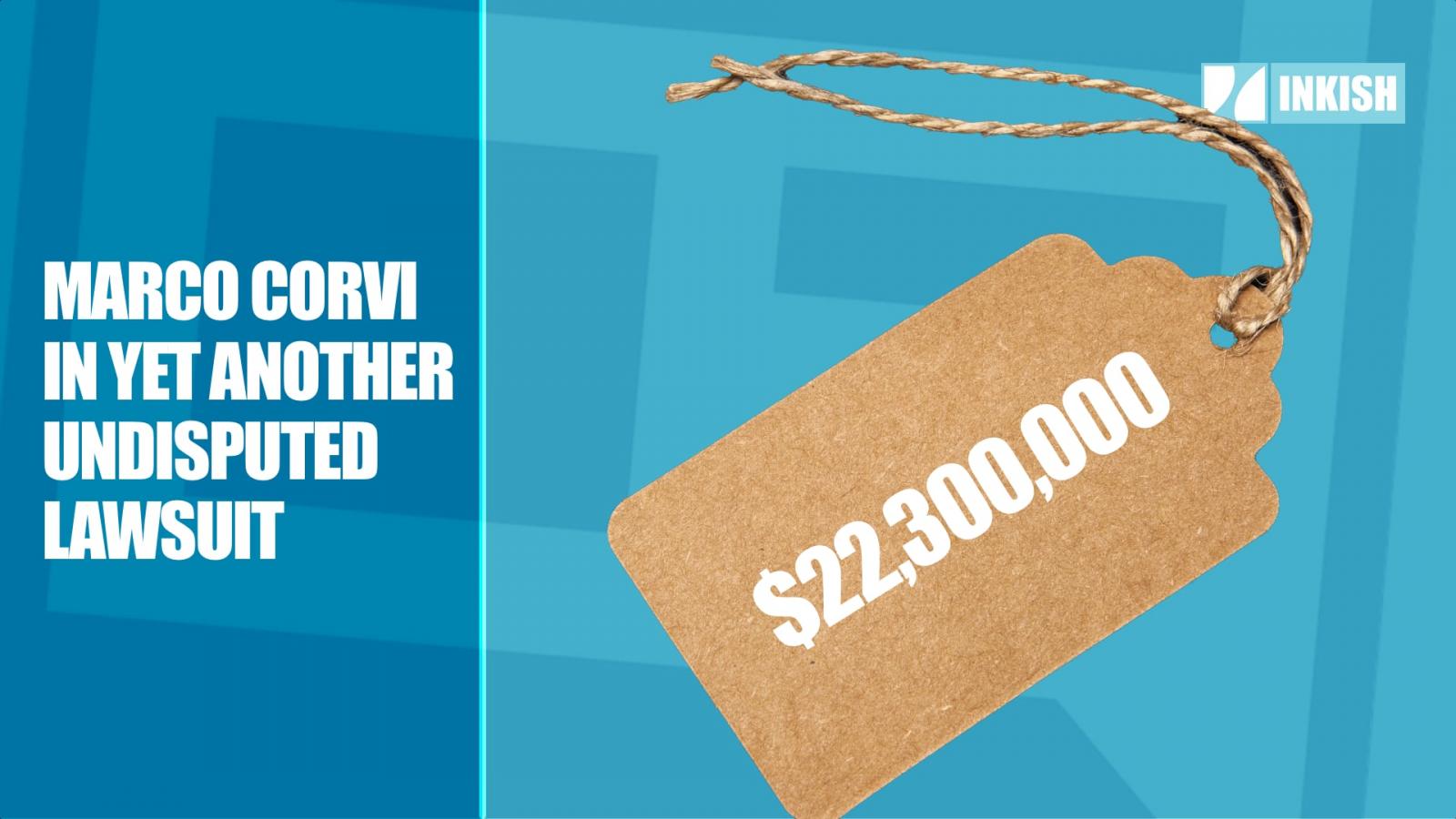 When Marco Corvi was asked why the Gallus/Benpac deal failed, one of his excuses was that the harmful media exposure damaged his reputation. For months this was undisputed but let's speculate and deliver some considerations for Mr. Corvi to think about. Regardless of whose stories Corvi refers to, it's a fact that we and others report based on information gathered in archives, in interviews with various people, or by reading documents presented to us.

In our story from yesterday, Corvi is accused of not paying his legal advisors in NYC the invoices sent. The court hasn't ruled yet, but since Corvi has not sent any responses to the court, he is most likely judged according to the motion delivered, and that includes terms like 'Breach of Contract", "Unjust Enrichment," and "Fraudulent Inducement." Alone these terms put Marco Corvi's reputation in perspective.

In today's story, we will give another example of a yet not judged case against Corvi - and let you, dear reader, make your judgment whether the media is causing damage to Corvi's reputation or whether he is doing this to himself.

This story starts July 4th, 1976. A husband, wife, and two young daughters cross the Canadian border entering the US. The family moved from Greece years before and worked hard to fulfill their dreams of moving to the US. The family name is Loulourgas - and with hard work and patience, Demetre Loulourgas ended up in Clearwater, Florida, with American Tool & Mold (www.a-t-m.com). The company strived, and it invested in technology and employed more than two hundred people. Mr. Loulourgas lived the American dream and became a symbol of how hard work pays off.

American Tool & Mold hit an all-time low when Loulourgas sold the company to the Swiss serial entrepreneur Marco Corvi and his benpac holding. Demetre Loulourgas, age 82, supported by his daughters, agreed to sell their life-work to Marco Corvi, who is now sued for again not paying the money agreed. The case is quite complex but very short; Benpac and Marco Corvi agree to acquire ATM for a sum of $27,500,000, which later is reduced to $22,500,000 - and a set of terms are agreed about when what is paid. Corvi has not fulfilled his obligations, according to a lawsuit filed on January 29th, 2021. He has paid $10,000,000. According to the lawsuit, he has also paid some of the agreed obligations with money that belongs to ATM.

The case can, of course, go either way since it's not ruled, but according to the Clerk of the Circuit Court and Comptroller for Pinellas County, Florida, Corvi hasn't responded to anything yet.

You can read all the documents filed here (case ID 21-000487-CI). This is not just a trivial court case, but Corvi and his benpac potentially cheating a real family made of flesh and blood who have worked their entire lives to build the company.

The reason why this story is important is that it shows a few things. First of all, Marco Corvi's reputation is not damaged by the media, but media like INKISH expose these stories, which is entirely another story.

The second reason we will revert to shortly in another article!

Read the documents we have linked to, and don't worry; we will soon bring more stories about Marco Corvi and Benpac - rest assured!
Jun 02, 2021
Author: Morten Bech Reitoft