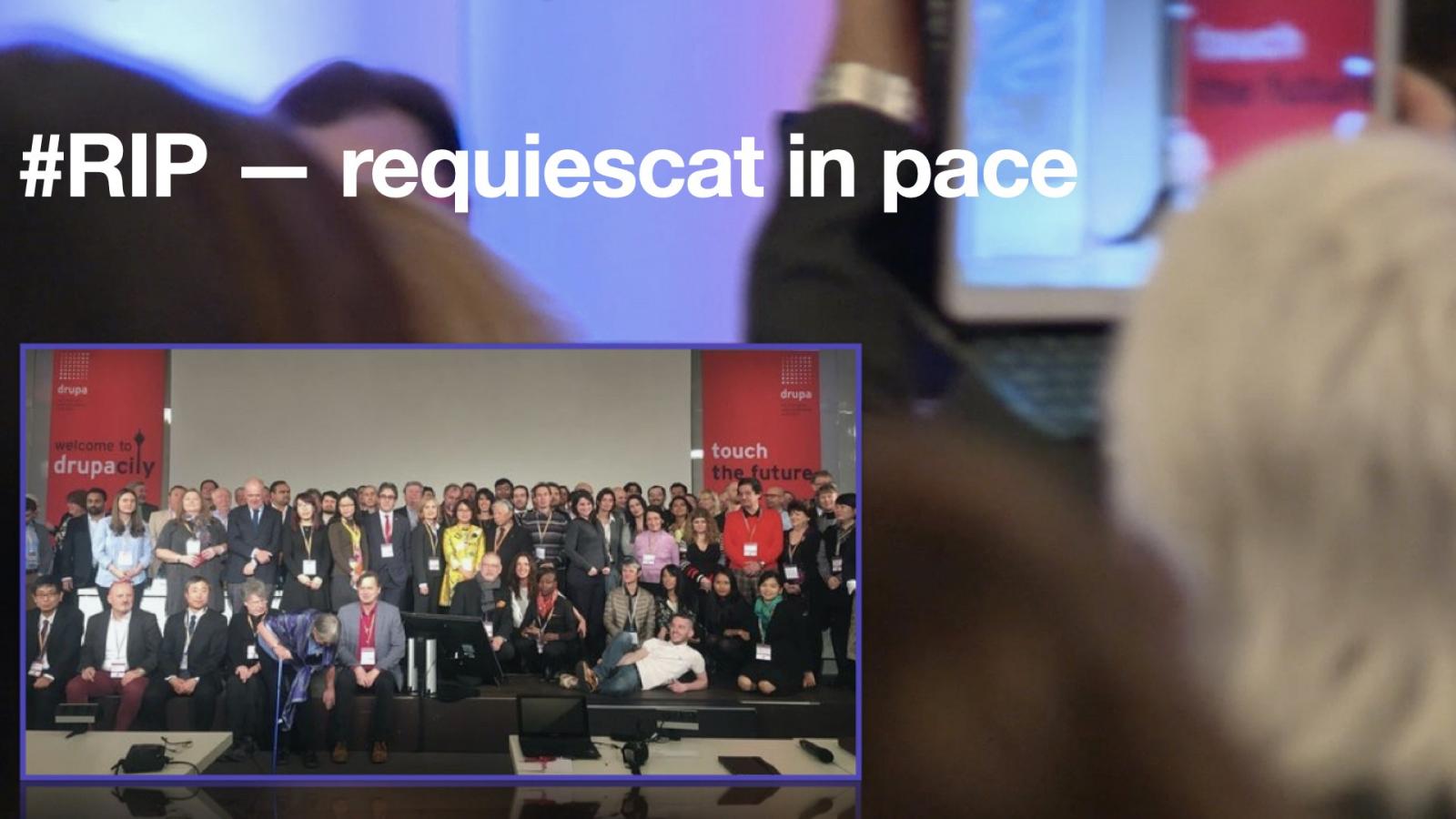 PHOTO: Good times. Bad times: colleagues from all over the world personally paid tribute to drupa 2016.

Seriously. No joke. Today, shortly after midnight, I am drenched in sweat and shot up in bed in complete horror. I had the terrible experience: drupa is dead. And nobody supposedly knew why and how. Was it a natural death? Was it an accident? Or was it even murder or suicide?

Far on the horizon, half in the dark, I saw a large crowd approaching me. And chants: drupa is dead! Long live print and paper! [BTW: drupa stands for the German words ’druck’ (print) and ’papier’ (paper).] And as if controlled by magic, my smartphone emits a signal noise. I look puzzled. And see: a calendar entry has popped up. And reminds me that exactly five years ago, on June 10, 2016, the #drupa2016 in Düsseldorf came to an end. And now – because the last day of the fair – unfortunately had to leave.

Oh man, what an adventure...

Out of sheer shock and horror, I immediately fall asleep again. Immediately after waking up again in the morning, I wanted to look at Wikipedia to see what ranking #drupa2016 actually had – since the first drupa in 1951. To my astonishment, I found that the entries in Wikipedia had not been updated at all. In the German version of the wiki text, #drupa2016 is actually the last that ever took place. Not a word about the back and forth, the cancellation in 2021 and the replacement by ultimately the, in my opinion, unfortunate and unsuccessful #virtualdrupa …

In all honesty: how can that be? Do you want to keep something secret? Should the dead be able to live longer? I spent the whole morning – as a dedicated fan of drupa for almost 45 years! – thinking about and evaluating what happened, why and how. First of all: drupa 2016 was, as usual, an outstanding experience, albeit with far fewer visitors than usual. [See my extensive series of reports from valuetrendradar.com].

But, as the analyzes afterwards showed, without significant positive dynamic effects on markets and developments. On the contrary. In some cases it was propagated full-bodied, but it did not happen. The situation of manufacturers (in offset and digital printing) worsened across the board over the years, with more and more print shops falling into oblivion or disappearing from the market. On the other hand, there were more and more doubts as to whether drupa as a mega-event would still be profitable at all.

It is all the more astonishing that the drupa events team just carried on as before. Or even not. Because never before was drupa as quiet as it was in 2018, 2019 and 2020 until the outbreak of the Corona crisis. What was still going on at #drupa2016, a huge global echo on social media platforms (above all Twitter and LinkedIn), was no longer linked. And even more blatant: The online activities on the part of the drupa organizers have even been shut down.

In a 10-part (!) Series of articles on INKISH.NEWS, I explained in detail what went wrong and why everything went wrong around #drupa2020 with my friend and INKISH colleague Morten B. Reitoft. [See: "Düsseldorf: Hotspot for Success?"]

It became clear to us: First of all, that shouldn't have happened. And secondly, the organizers' self-perception is diametrically opposed to what the market (specialist audience, experts and exhibitors) feel and want.

So it's no wonder that #virtualdrupa in April 2021 was a complete flop. Only a few participants, hardly any response, least of all via social media or the blogger scene, less captivating theme and presentations. Some homemade or 'bought' posts on Twitter. That’s it. Not even the #virtualdrupa show partners found it important to actively communicate about what they are doing at #virtualdrupa2021.

In spite of everything or sadly but true: The organizers recorded everything as a complete success. And as a result, they made themselves even less credible and are destroying the little residual potential that drupa still had. What is interesting, however, is that the reminder posts that emerged from my network via Facebook, Twitter and LinkedIn, the shared experience of #drupa2016, met with an unexpectedly large international response. Wonderful. There it is the human touch momentum. There's something going on.

My sad conclusion: After 10 drupa participations since 1977, 6 of them each over the entire duration of 14 days including the editing of the wonderful book "drupa International Trade Fair Printing and Paper 1950 to 1990" as well as being recognized as the best trade journalist at drupa 2004 among others: Unfortunately, here and now, on June 10, 2021, I have to state that the important chapter of drupa is over for me and my professional life.

My grief message is accordingly short and concise: “After years of suffering and severe infirmity, drupa, the leading global trade fair, did not die suddenly or unexpectedly. We will miss it or not! So let's cheerfully and boldly exclaim: drupa is dead! Long live print and paper!" 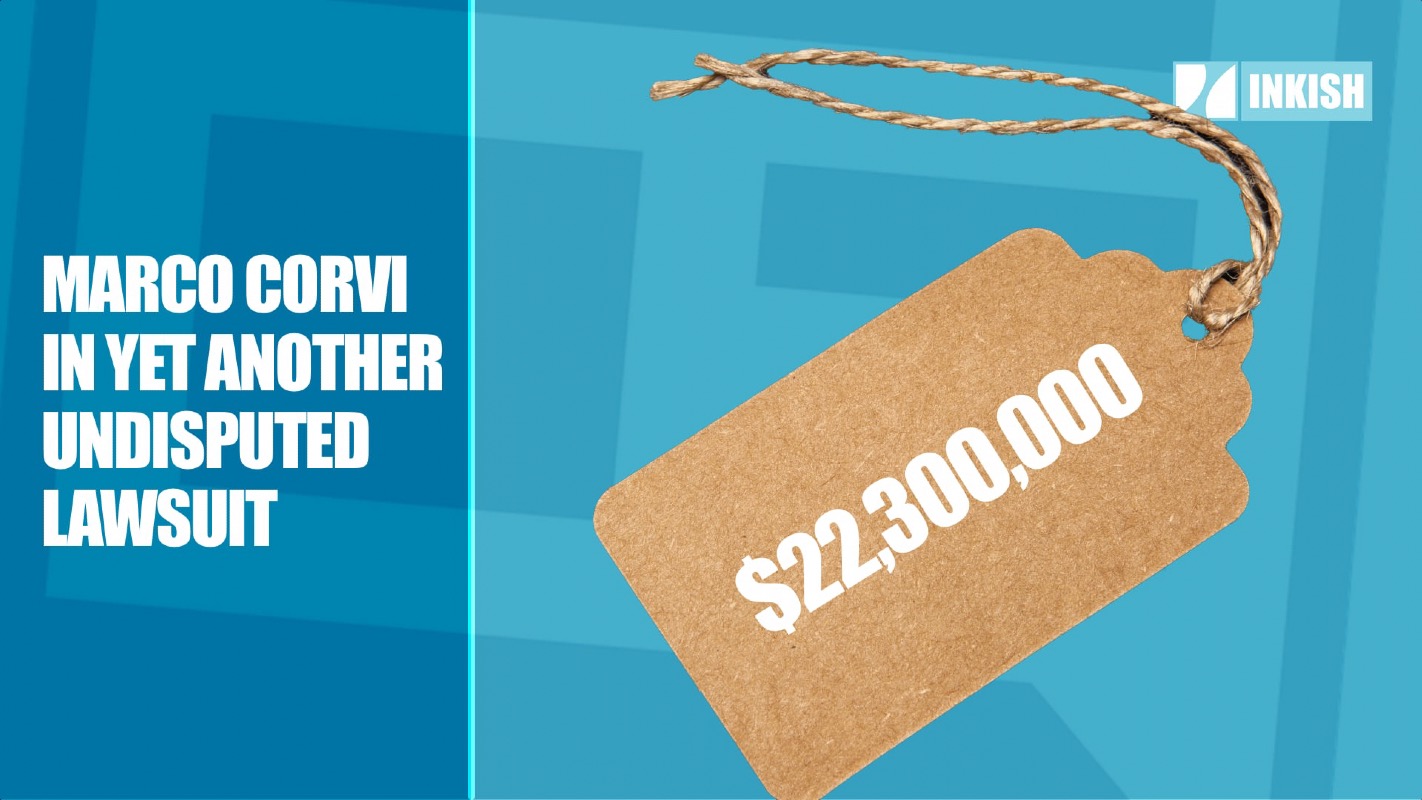 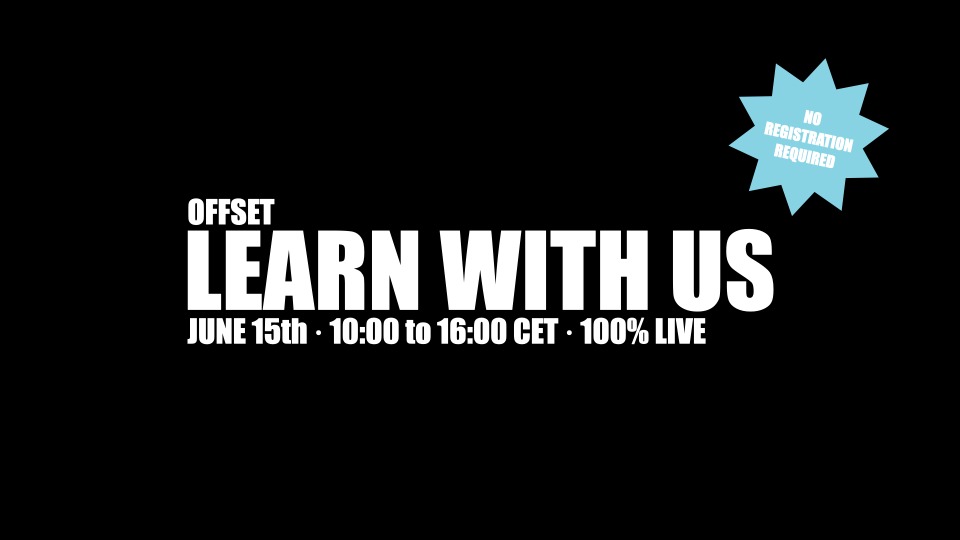 Learn with us · Offset