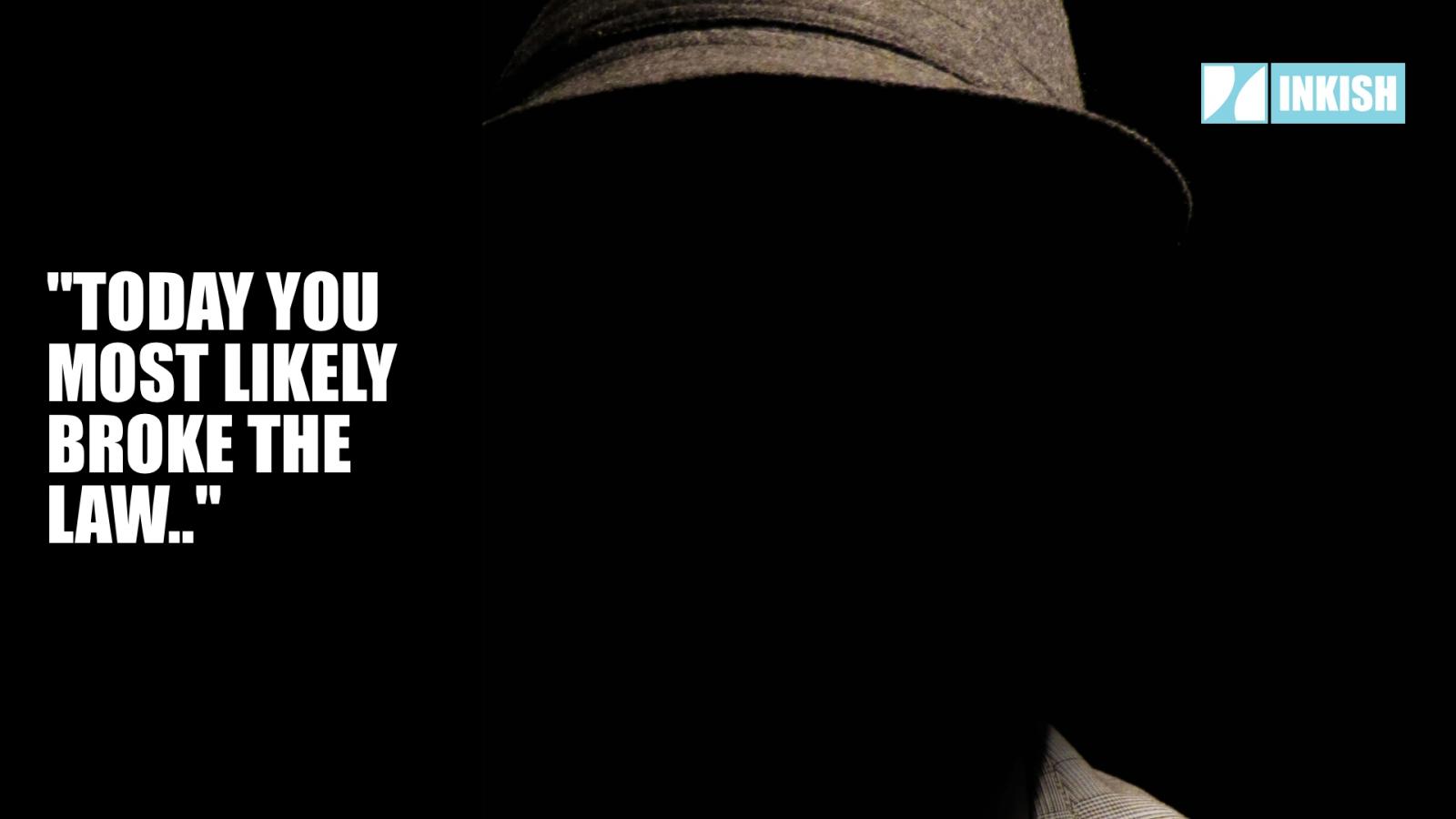 Today you most likely broke the law, but most likely, you didn't know. Legislation in most of the world has exceeded a level of laws that nobody can comprehend. Even lawyers will not know the law without consulting websites, books, past sentences, etc. Our societies are so complex that potentially breaking the law has become acceptable collateral damage. If nobody sues you, you will not get convicted!

If you break the law deliberately, you know it, and regardless, some chose this path. Speeding is an example, and probably we violate the speed limits for reasons like, 'I am in a hurry,' 'Speed limits are stupid,' 'I am a better driver,' etc. Your mind will balance the consequence with the gain from breaking the law.

If the police stop you, you will, in most cases, accept the fine, and for a moment, maybe even consider lowering your speed. At least until next time!

However, if you are not stopped, you still did something illegal, and breaking the law without being fined, or sentenced, gives you the feeling of control? Freedom? Superiority?

The mechanism may be the same if you have cheated on your spouse or have done something illegal in your business. If the law demands a company to provide a certain level of information to, for example, shareholders but don't do it, it's a breach regardless of whether you are sentenced or not. But are you or your company criminal?

In the world's understanding, you are innocent till you are convicted. But you know you did something wrong, and if this, for example, is about cheating on your spouse, you have to live with your doings and accept your lack of morals - unless, of course, you and your spouse accept this standard! What if you killed somebody but haven't been caught or convicted? What if you killed somebody when speeding?

Sometimes you can even be convicted and later pardoned because of errors in the proceedings - as you've heard in the Bill Cosby case.

You may ask why I write this article, and the answer is simple. Being a media sometimes puts you in delegate situations where you are convinced about doings you can't believe are legal. Still, you can't prove it - so by law, the one you think has broken the law is innocent, but by any other standards, maybe not. Or you can prove it, but nobody takes the evidence seriously in the beginning? The media's role is not to judge but to reveal stories with facts and, to some extent, speculations! The question is, however, who is then responsible for prosecutions, etc.? If you have been a victim of violence, it's the victim that needs to file a report. If it's a financial crime, you can argue that the people that have lost money should be the ones to file, but financial criminality is not simple and sometimes requires resources that individuals don't have. Or what if you as a shareholder have gained from illegal activity? Are you then accomplished, guilty, or who should potentially argue that it was wrong?

If you are an addict, a prostitute, a biker, or anything else that implies that you could be a criminal person, we, as a society, fast and easy 'convict' these people - and often some of the 'obvious' criminals have few resources to defend themselves with. However, if you are a bank manager, an auditor, a lawyer, or a CFO, you look, behave, and act as anything but a criminal. If you are caught, you have resources to defend yourself and maybe even friends who have no interest in putting you behind bars.

Unfortunately, we see CEOs from companies in all industries who decide to break the law. With open eyes, they calculate the win to be bigger than the risk, and though not convicted, they are still breaking the law - and who knows, cheating on maybe not only their spouses, but customers, employees, and shareholders.

Big companies can often hide behind even bigger law firms and their army of lawyers. Therefore, it becomes challenging, and not without personal risk, to follow up on stories that can potentially damage a person in a management position. I once spoke to a friend's son, who chose to become a lawyer. The intentions were fantastic since it was with a clear mind of being a just lawyer helping people. I wonder how many lawyers have been in a situation where they have planned workarounds to get clients out of a problem everybody would know was morally or legally on edge?

The Wizard of Lies - starring Robert De Niro - about Bernard Madoff is one of the more colorful examples, but you find these characters in all shapes and sizes.

And more reasonable the Wirecard scandal in Germany - and unfortunately, these two examples are just a few out of many!
Jul 12, 2021
Author: Morten B. Reitoft 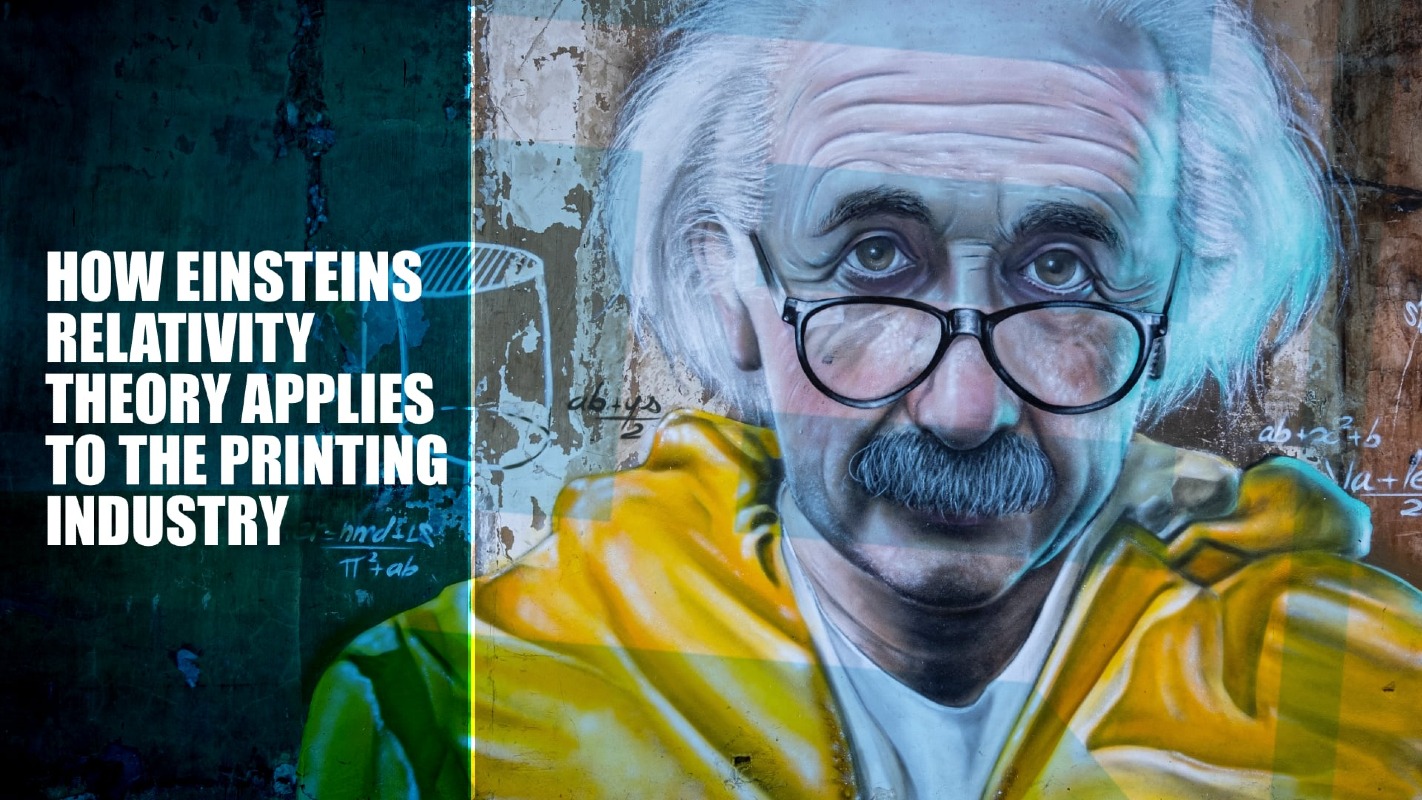 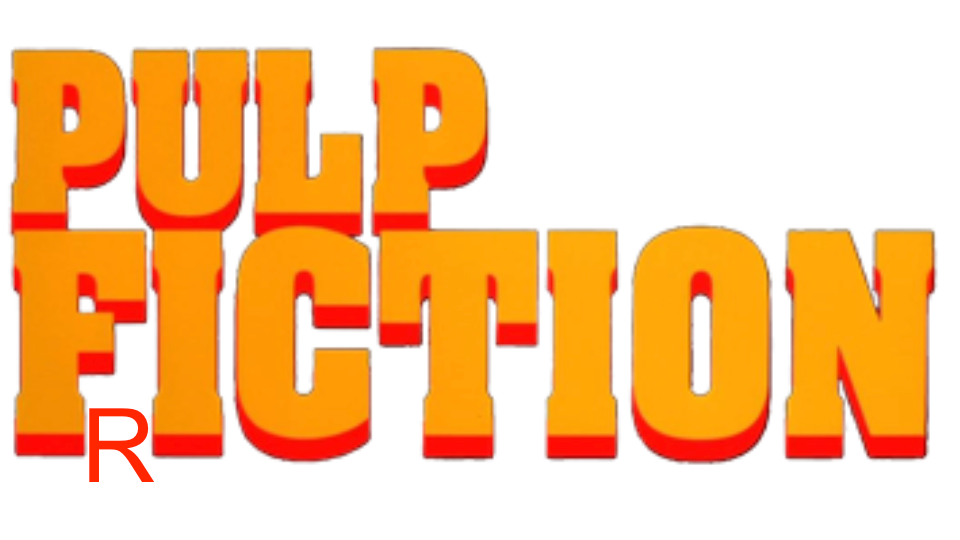 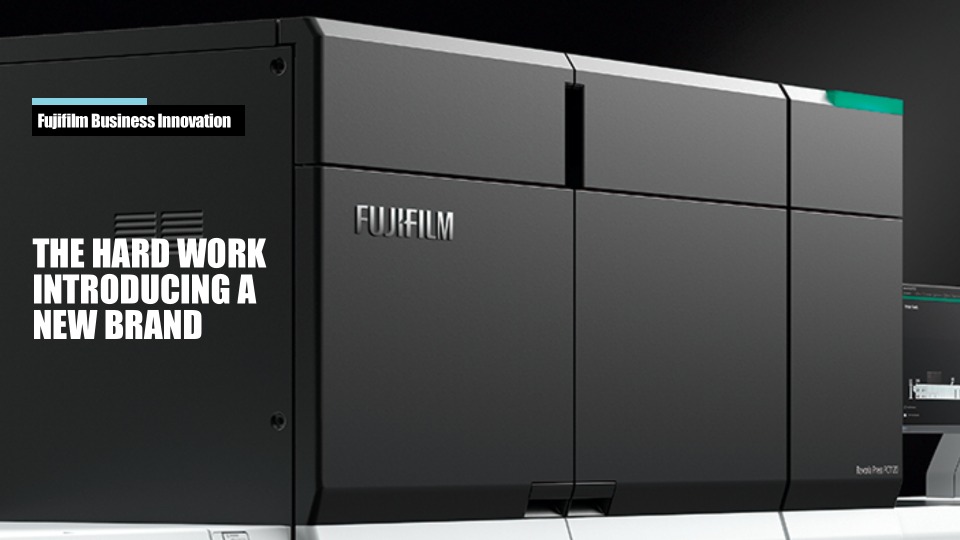 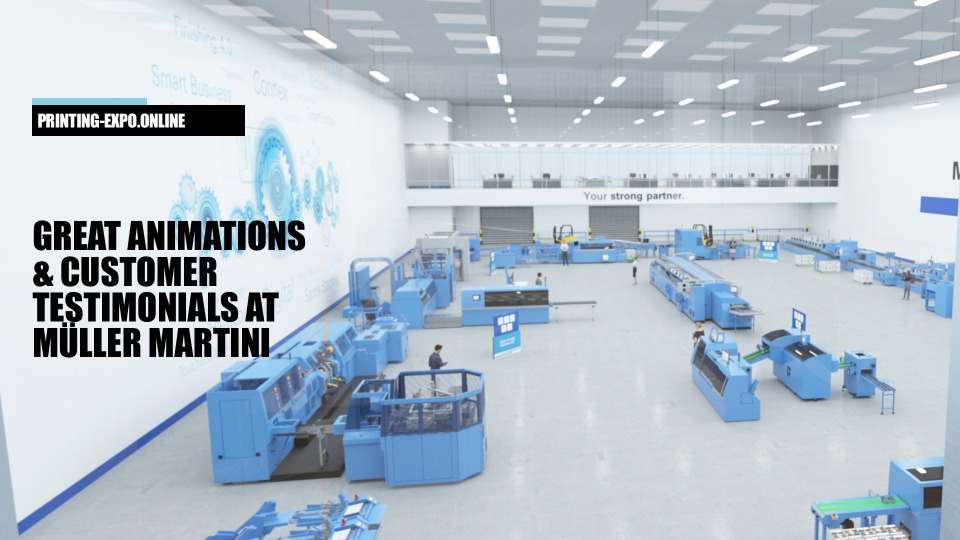 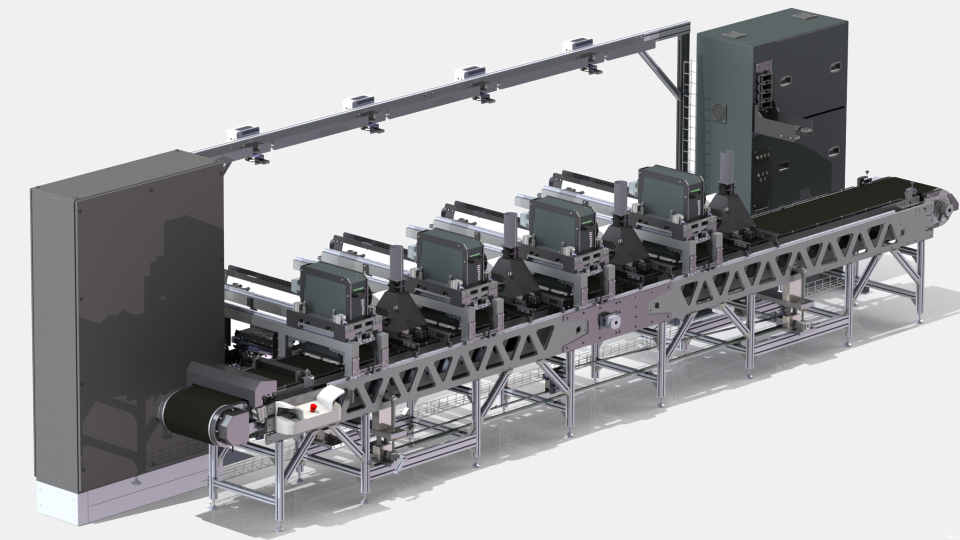 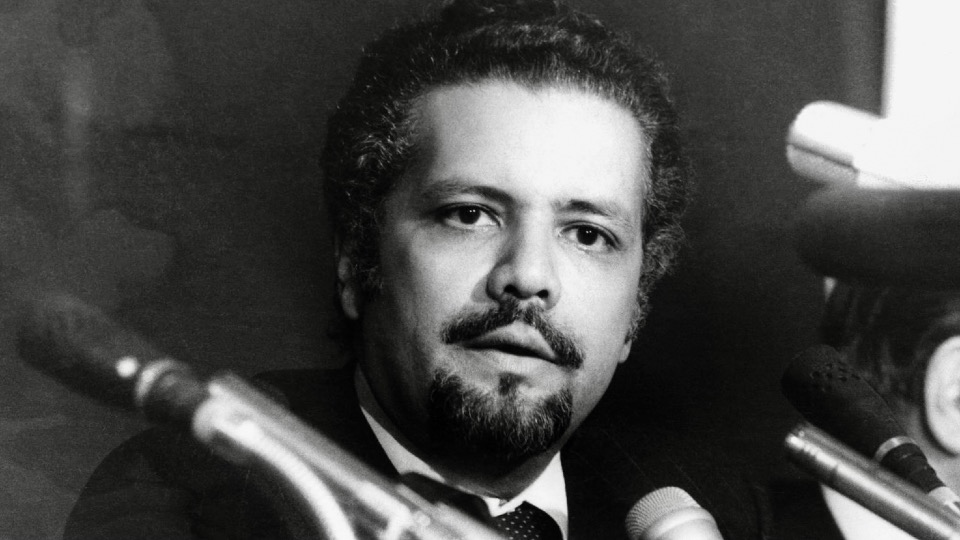 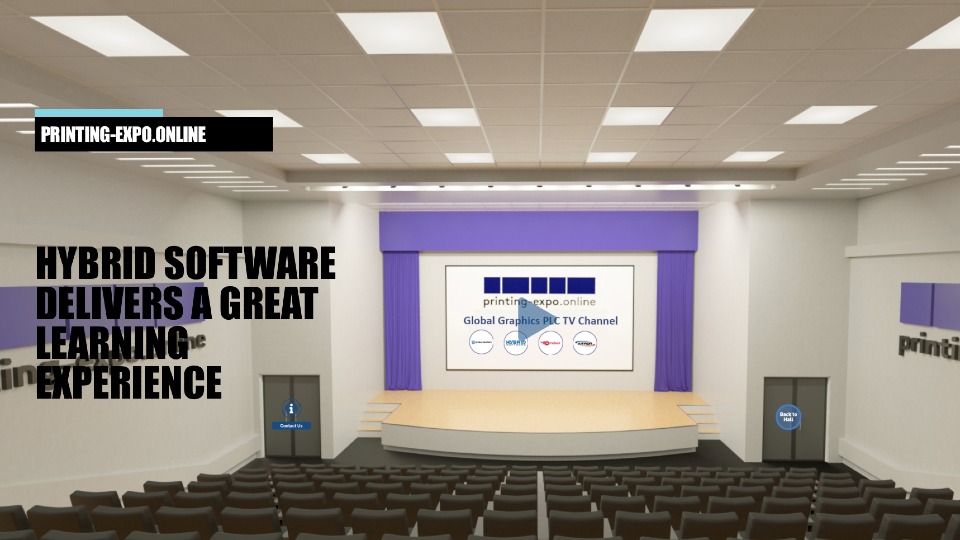 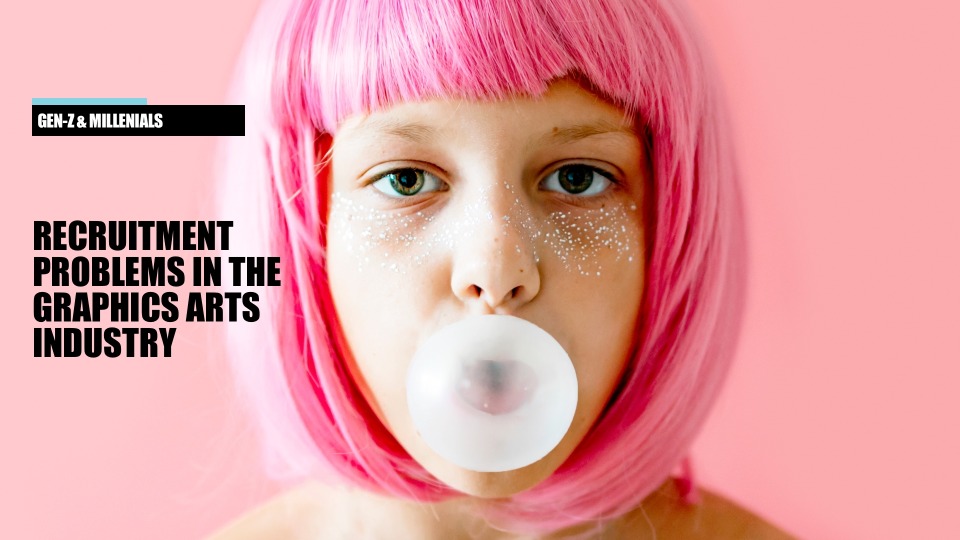 Keeping up as the leading online web-to-print solution provider, Design’N’Buy is proud to announce the launch of the new version of its All-...