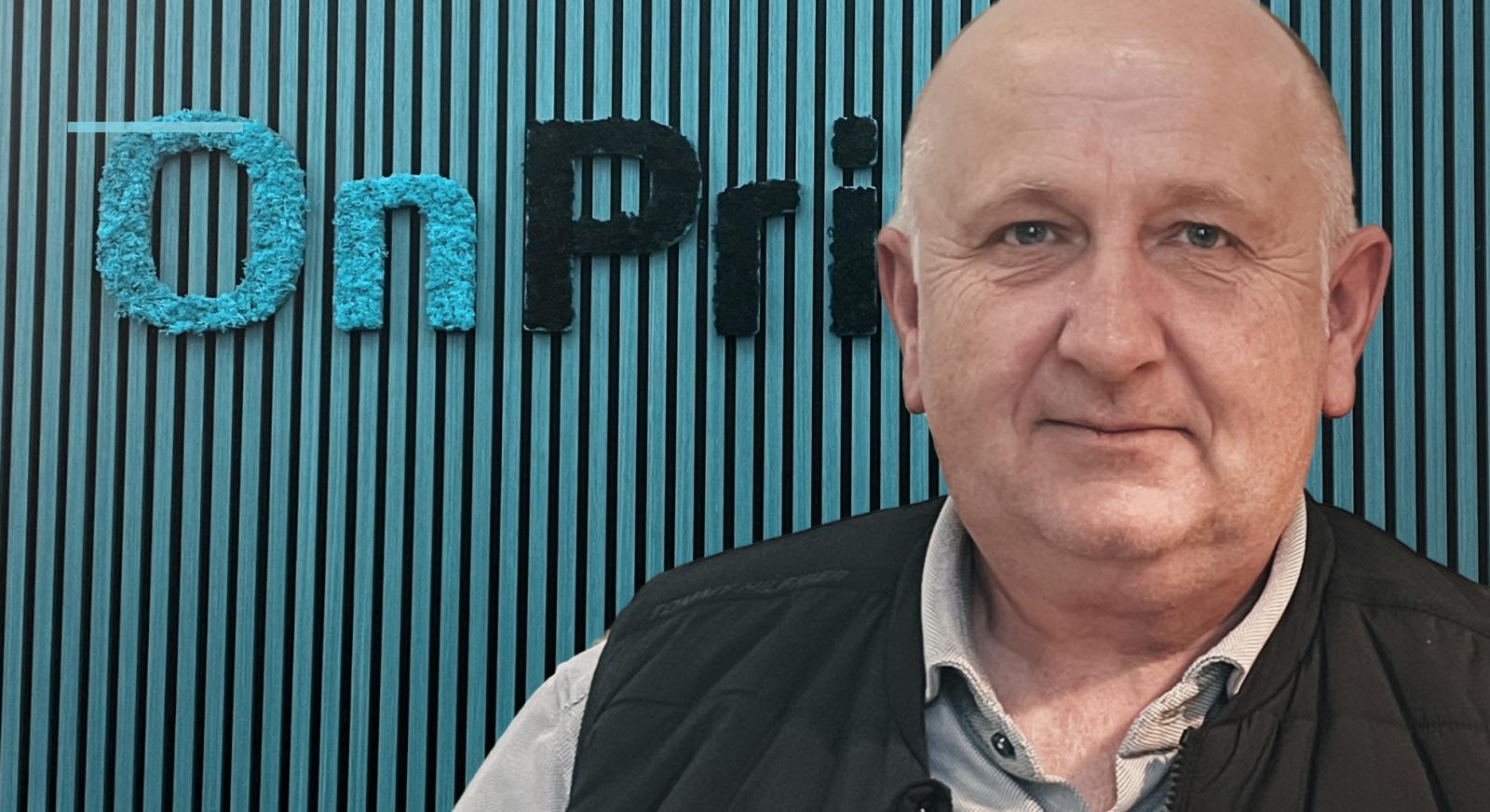 It's Friday morning, and I have canceled my daily INKISH morning meeting as I am heading to OnPrint in Holbaek, about 40 minutes from my house. The traffic is moderate, and while driving, I can't help thinking about how much I look forward to meeting the owner of OnPrint, Ib Plambech Hansen.

OnPrint is a company more than 100 years old with different names, owners, and product offerings. One of the reasons why I wrote to Ib Plambech Hansen to ask if I could visit him is because he, in my mind, is an owner with a very innovative mindset. If you think of many small local printing companies, they thrived in a time when commercial print was the prime source for mass communication. In the '80s and the beginning of the '90s, many small to medium-sized cities had multiple printing companies, and the printing company was an important part of the city's life. The owners were typically influential men, and I remember my boss from back then; his biggest dream was a statue of him or his father on the city center square.

The competition was different from today, and prices and margins were less stressed than many see today!

Many printers thrived, invested in the latest technology, and had a positive view of the future, and then, suddenly, the financial crisis hit in 2008/2009. The fall of the Lehman Brothers and the housing bubble changed the world almost overnight. Higher interest rates and substantial financial packages from governments kept the economy afloat. Still, many companies in many industries went under - and so it was in the printing industry.

I remember participating at an event organized by the Federation of Danish printers (at that time Grafisk Arbejdsgiverforening, now Grakom) where the President talked about an American research paper indicating a 20% decrease in demand and a further expected decrease of more than 25% over the following years. I couldn't believe it, but it happened. In Denmark, there were about 500 printing companies; today, it's difficult to count more than maybe 100, so the changes were dramatic.

I know this is a LONG foreword to the story about OnPrint, but I want you to understand in what context I find OnPrint, in particular, interesting, so bear with me just a little bit more.

Printing companies went out of business, consolidated, and one of the things I noticed and believe still influences today is a more precautious and pessimistic view of the future of commercial print.

However, what also happened in 2008/2009 was the Internet. The Internet became mainstream, and the world internet population reached a breaking point while also google and Facebook were established.

Online printing became a term, and though many established printers didn't see the Internet as an opportunity, they soon had to realize that customers loved it. In Denmark, the company Lasertryk quickly became the most prominent online printer. They used their resources to acquire many printing companies, expanded into the other Nordic countries, to eventually acquired by the German online giant, Onlineprinters.

So imagine. The world is changing rapidly. The business you know changes quickly, and competition changes dramatically as prices are suddenly public - and with volume comes gang printing, and well - what can you do?

And now to OnPrint in the city of Holbaek. 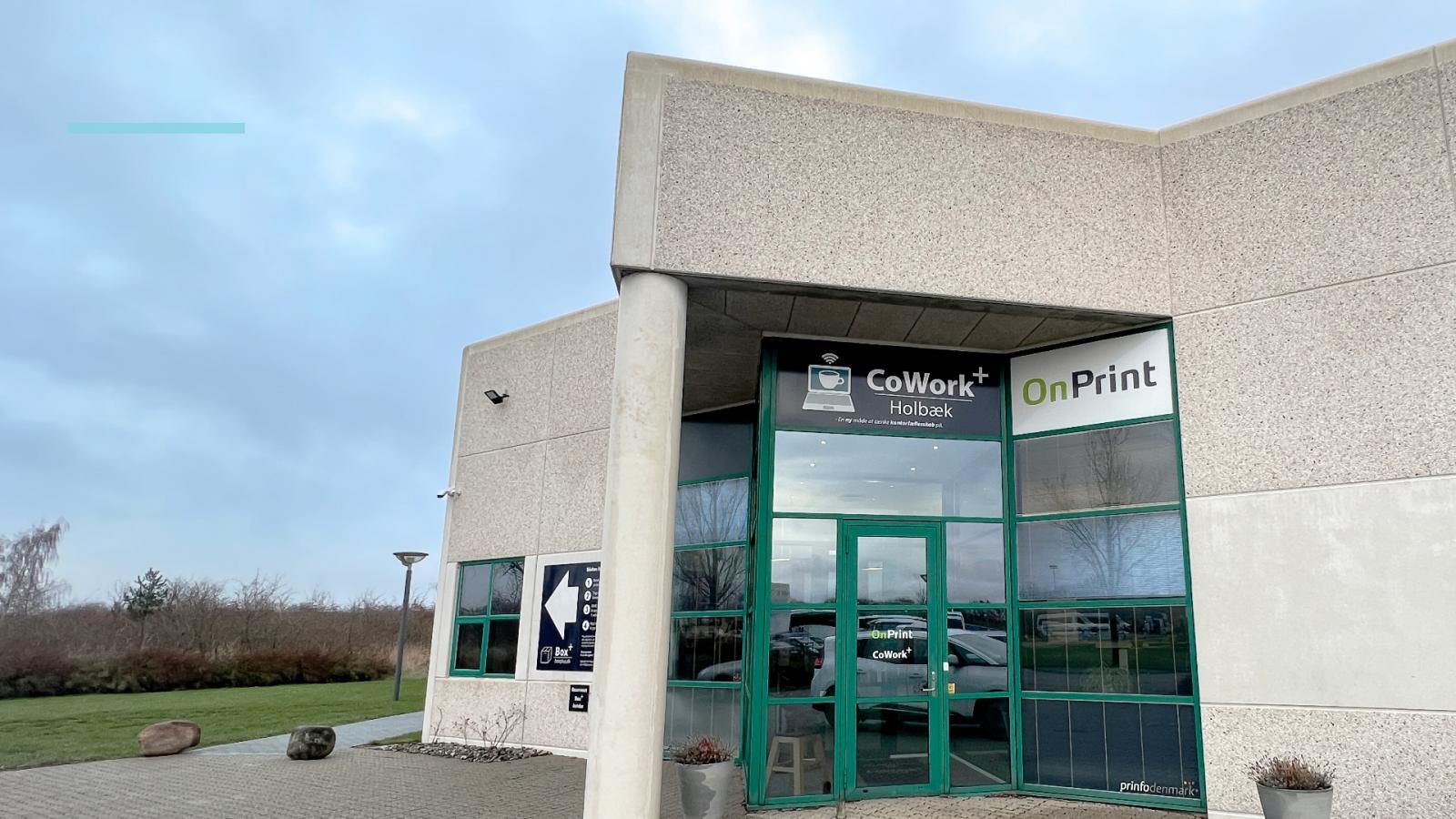 To survive in changing times, you must consider staying relevant to the market. So part of the strategy was to acquire other printing companies to consolidate production. OnPrint acquired several companies and merged into the operation under the name OnPrint. OnPrint also got involved with the voluntary chain Prinfo, which allowed the company to consolidate purchasing agreements and develop various programs (environment, technology, etc.), but maybe even more important, a group of printing companies that together could attend public tenders. Ib Plambech Hansen took measures to change production from offset to digital as the market developed. Instead of owning offset presses, the company now works with partners in Denmark and abroad.

In the same period, you must remember that most printing companies didn't do much to adapt to a new reality.

When you meet Ib Plambech Hansen, you soon realize he has a typical underplayed Danish humor. He smiles a lot, and as we didn't know each other much, when I arrived, it was at first more of an introduction to each other, but as time went by, I got to know an entrepreneur with more ideas than hours to realize all of them. He acknowledges this with a smile, but I also recognize that he is good at handing over responsibility to his people when a project has gotten off the ground!

So the market has changed, and OnPrint has decided to be a player, so what is Ib Plambech Hansen that I find interesting?

Let me share a few examples. One of OnPrint's long-lasting customers is Interflora. Many florists are members of Interflora, and OnPrint delivers pre-printed cards that only need a certain level of personalization at the florist site to be sold for birthdays, jubilees, funerals, weddings, etc. Instead of just offering the printing service, OnPrint delivers a turnkey solution with a printer, supplies ink, and has developed software that measures the ink level on all of the printers in the field to supply ink when it's time. This is an example of how developing software, printing, and extending relationships beyond print creates more value for both parties. This is just one example, as OnPrint has developed many more interesting solutions with this customer - even offered attractive solutions bypassing the need to buy specialized material from abroad. 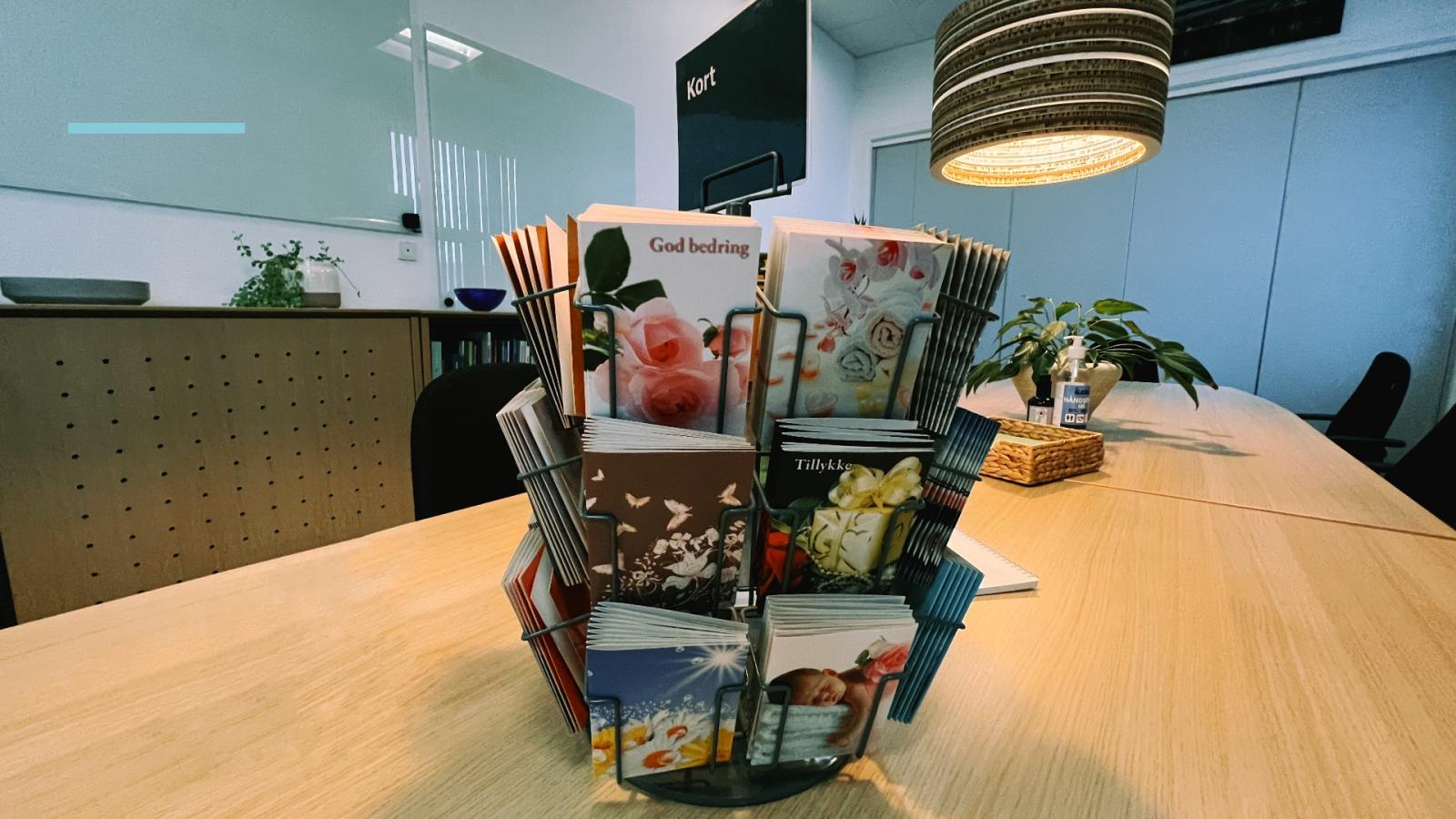 OnPrint operates from a very nice building in a lite-industrial area of Holbaek, a city with about 30,000 people. When OnPrint was an offset printing company, it used all the space, so what do you do when the building isn't utilized 100%?

Ib Plambech Hansen did three things. He turned part of the office into a workspace where individuals, small businesses, and even people who only need a meeting facility can rent furnished space hourly, daily, weekly, monthly, or indefinitely. The office space and meeting facilities are really nice. Even small booths are offered so you can have private calls/online meetings and even presentations without being disturbed is part of the package. 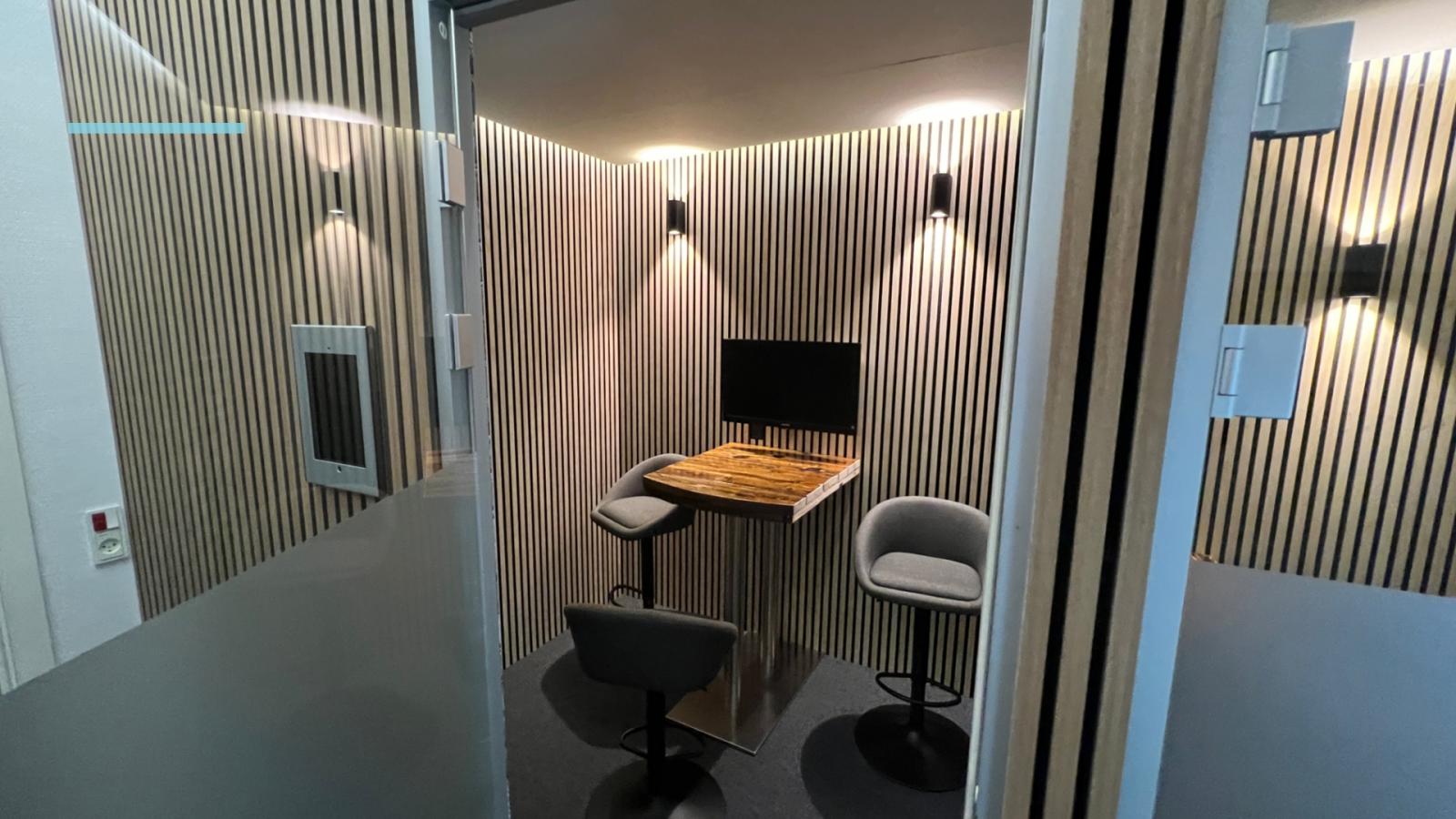 Part of the unused production is turned into a self-storage solution where customers can rent climate-controlled storage space - all automated with locks and access control. 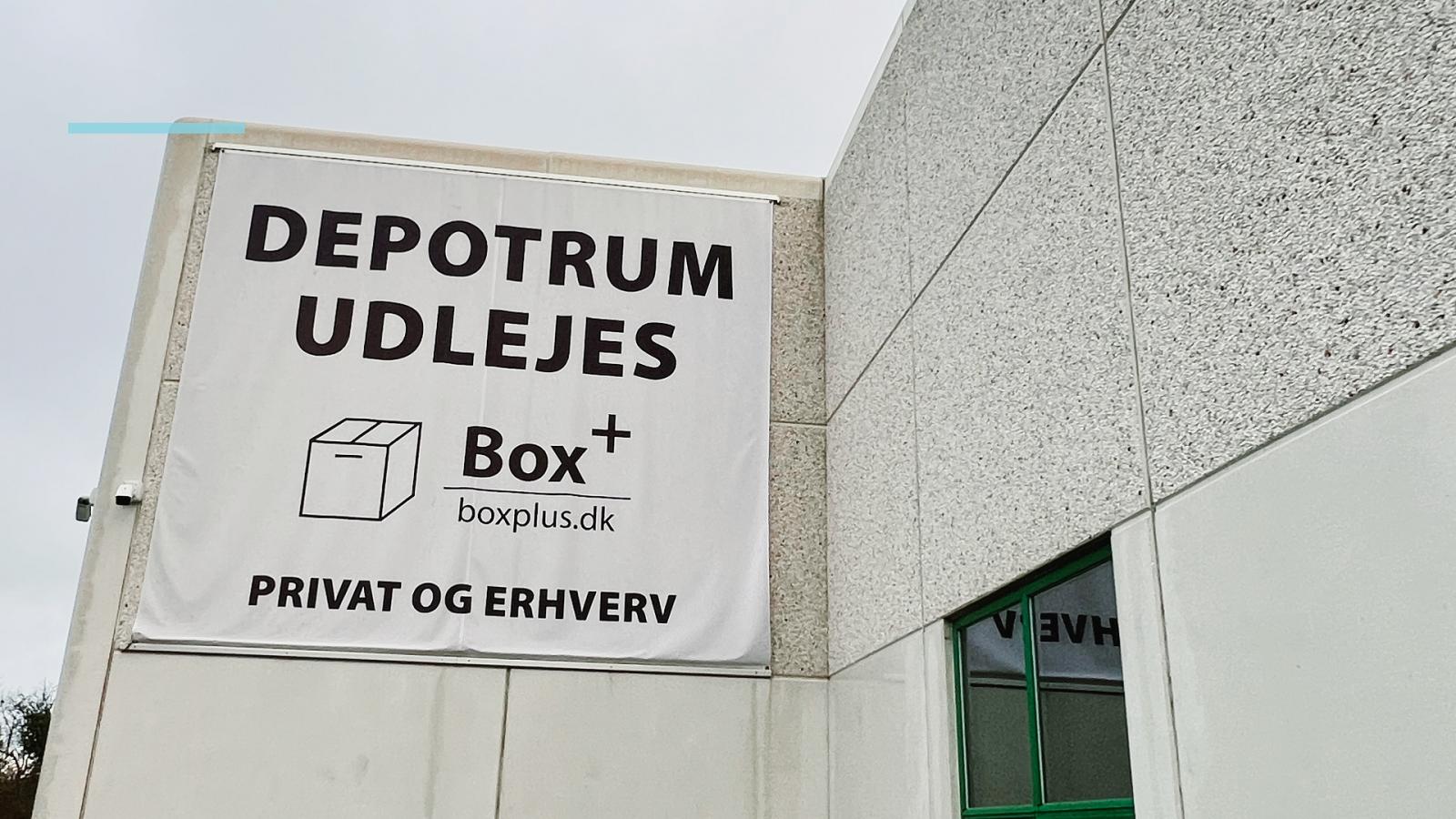 OnPrint also built a photo studio for both video and photos. 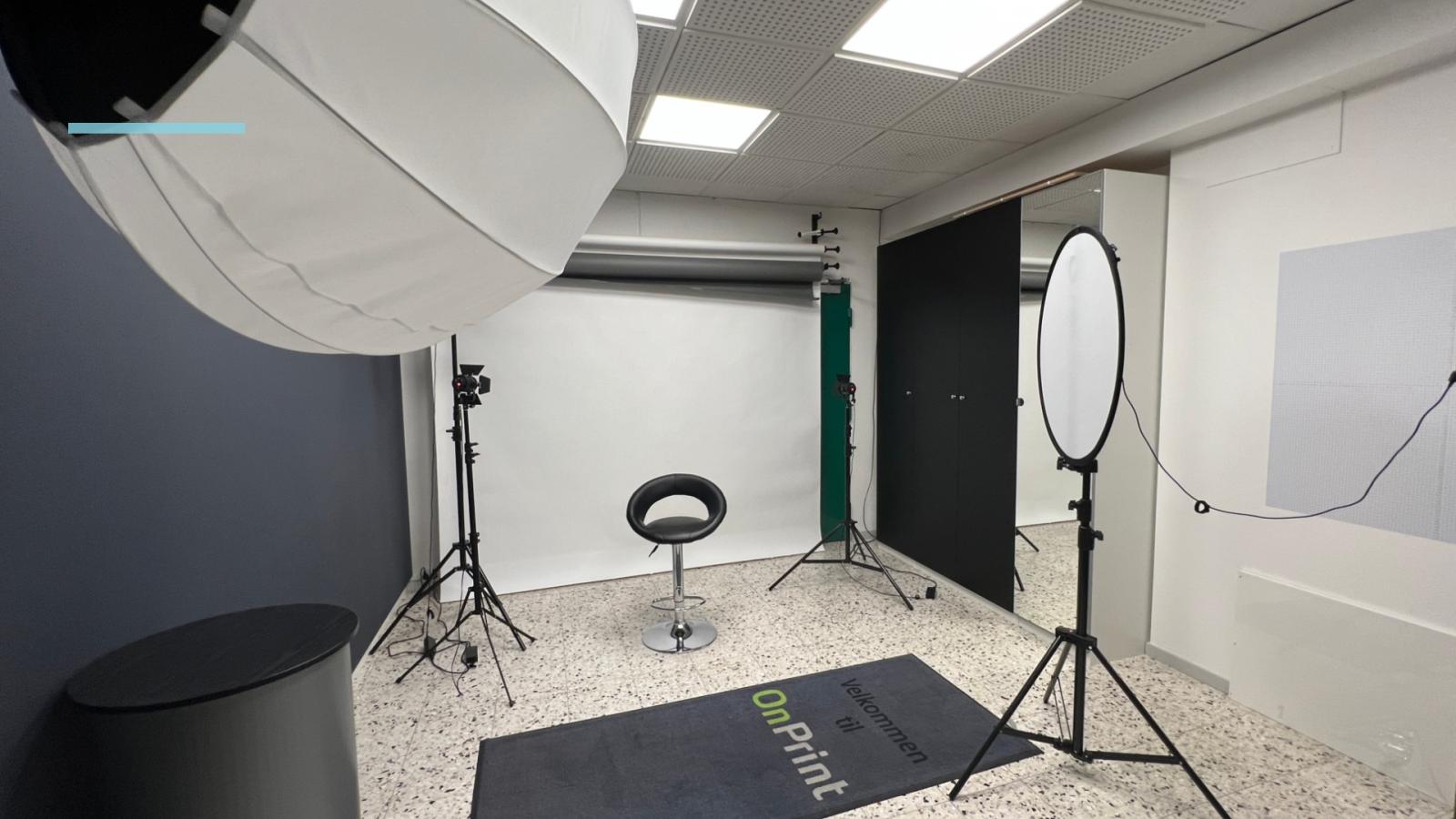 When you enter the company canteen, you see some rather unusual tables. OnPrint makes these from old wooden cable drums. Ib Plambech Hansen got the table idea from a TV program, and as you can read, Ib Plambech Hansen is a doer. When he gets an idea, he thinks about it and then turns it into reality, and the above examples are just a few, some of which got my attention when he shared these on his LinkedIn profile! 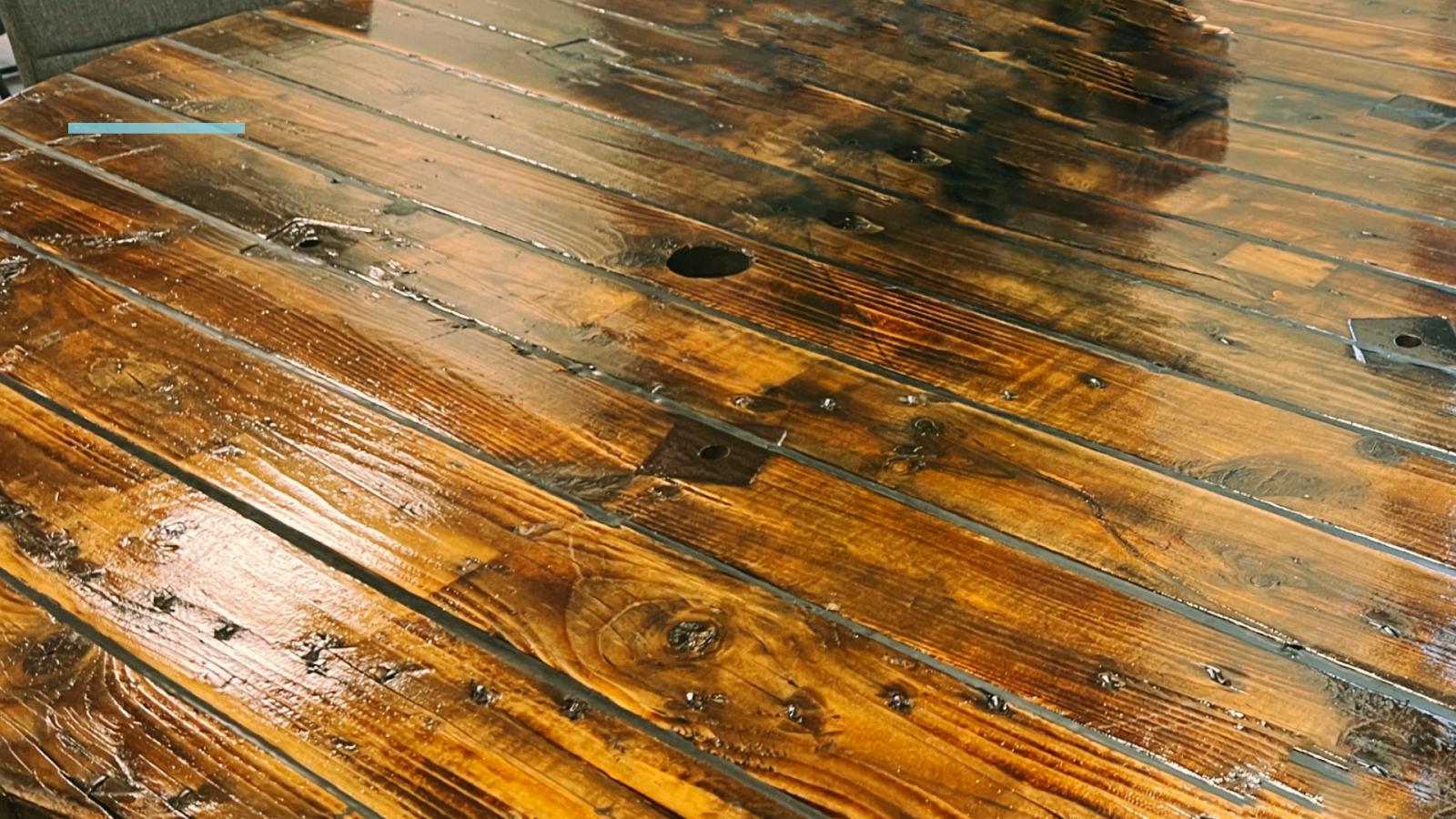 So self-storage, shared office space, creative solutions, and integrated IT solutions enable customers to a better product, but also to have an even closer relationship with customers, and then the print operation.

When you enter the production, you see a production hall dominated by two Xerox iGen printers, an Agfa Annapurna, and several finishing and binding machines enabling OnPrint to produce laminations and foils in-house, stitched and glued products, and well - a small but well laid out company - and a company that has scaled and adapted to a new reality. 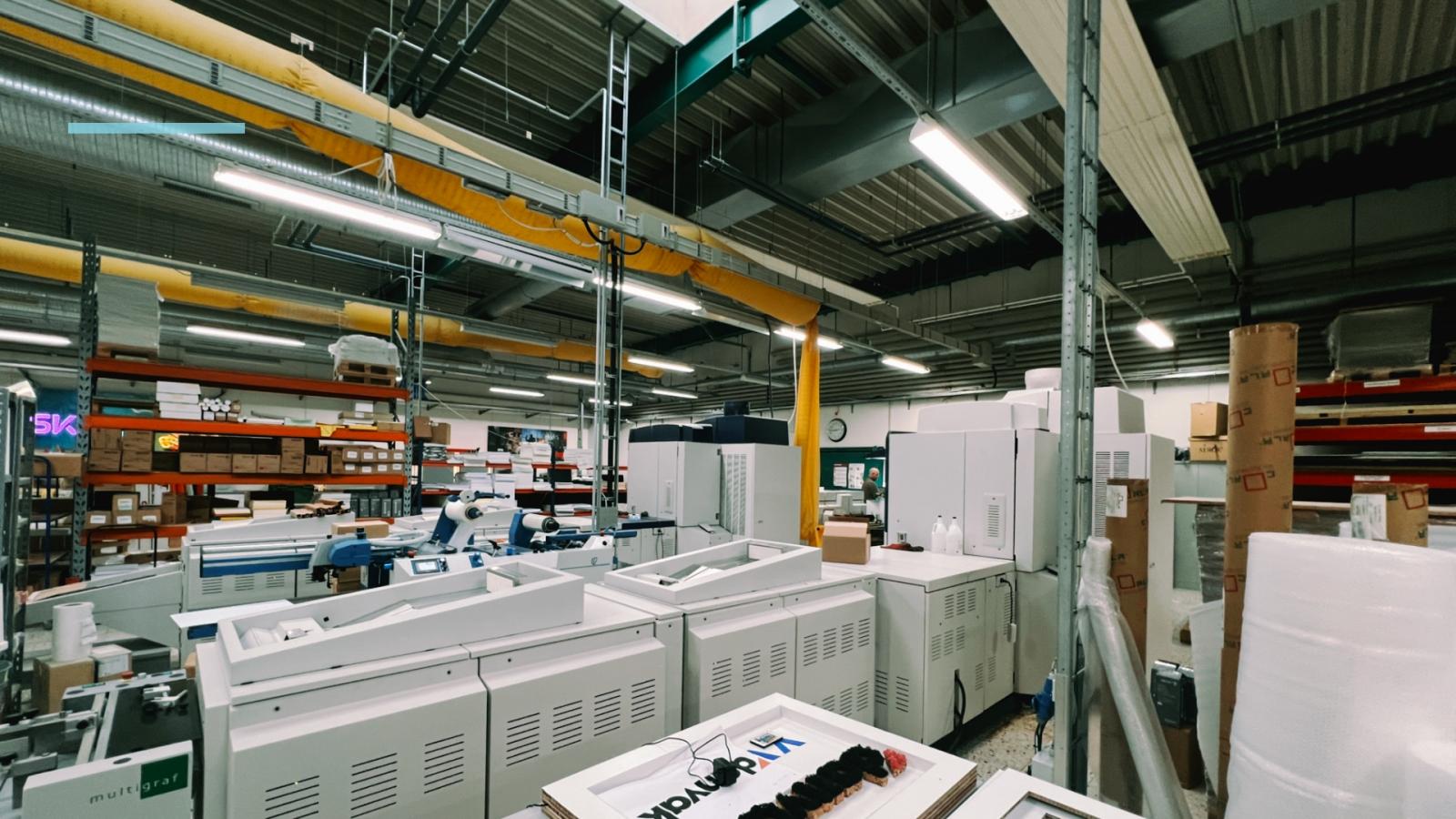 Suppose you take a look at the books. In that case, OnPrint has 12 employees today but has had a growing operating profit over the past years. With Ib Plambech Hansen's abilities to see, learn, and adapt, I am confident that OnPrint will be a company that also exists in the years to follow.

The story about OnPrint is almost complete - but I need to tell you about some of the products he delivers. Ringbinders, books, large format signage, cards, posters, business cards, and all the things you usually find with most printers you find. But, you also find print on noise-canceling materials for wall decoration. You also find dyed moos used for signs and decoration, printed floor mats, and probably more products I experienced in the two hours I was with OnPrint. 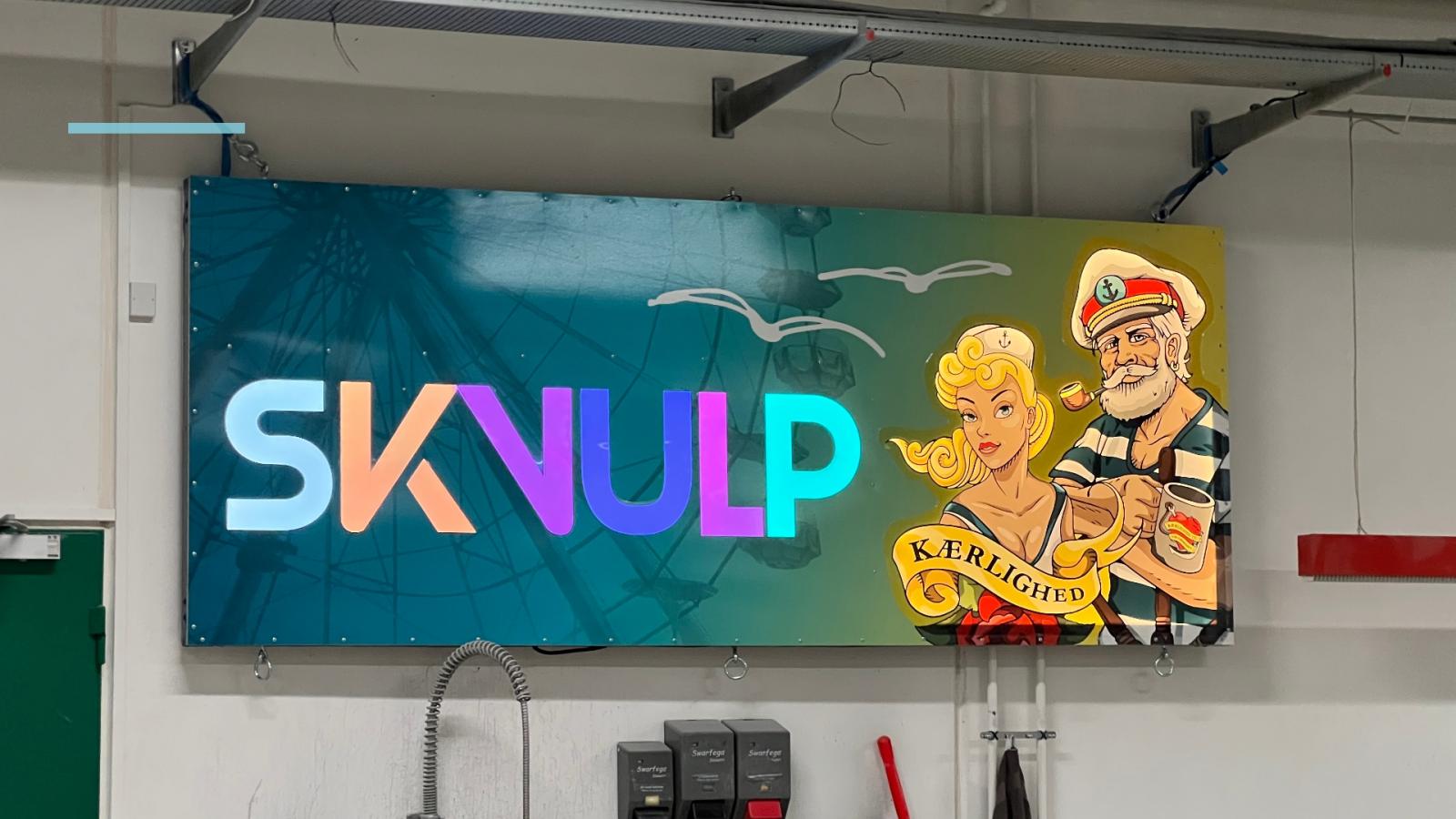 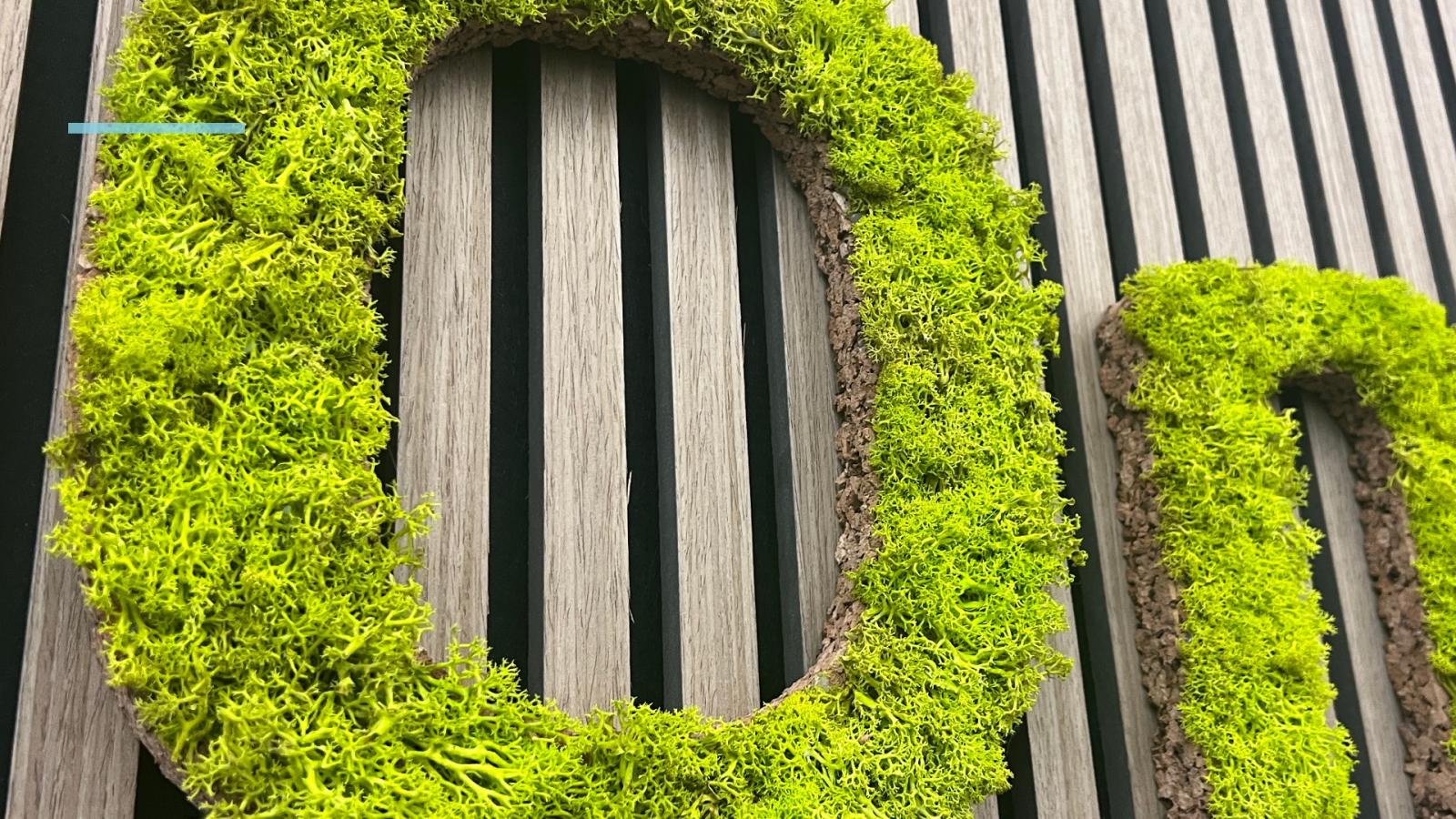 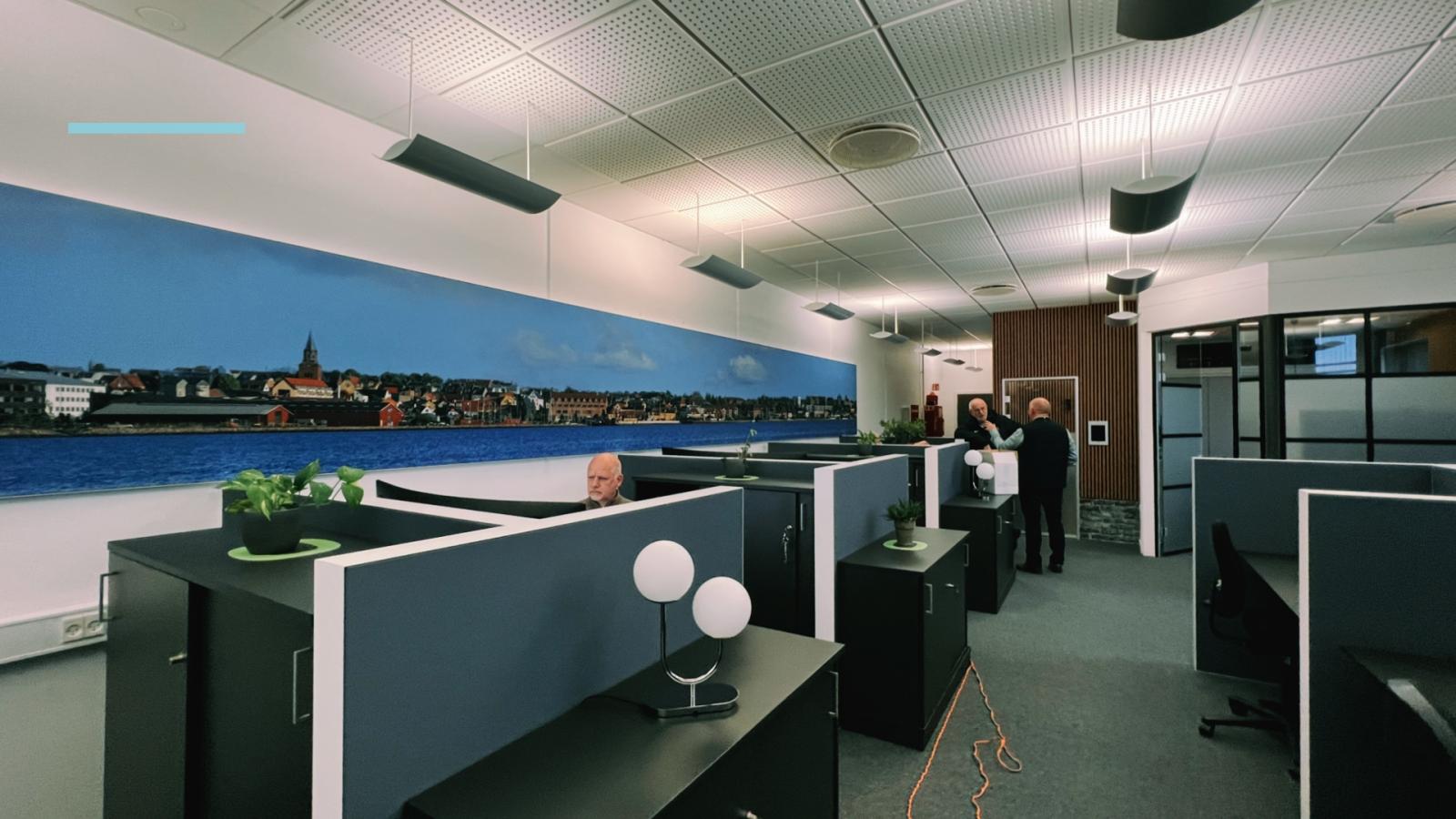 The same trends, by all means, hit OnPrint as the rest of us, but the differentiator is always what you do in a changing world. The Swedish Federation of Printers did a research report a few years ago trying to understand why some printers are successful, and some are not - see the interview with former President Ravindra Parasnis here. The conclusion was that what makes a company successful is its owner/management. At a tradeshow, I was once asked to give a presentation on the state of the industry. I had to decline, as I only meet the ones that do something, and Ib Plambech Hansen is for sure not a person that will accept the status quo, and it was genuinely great meeting him. 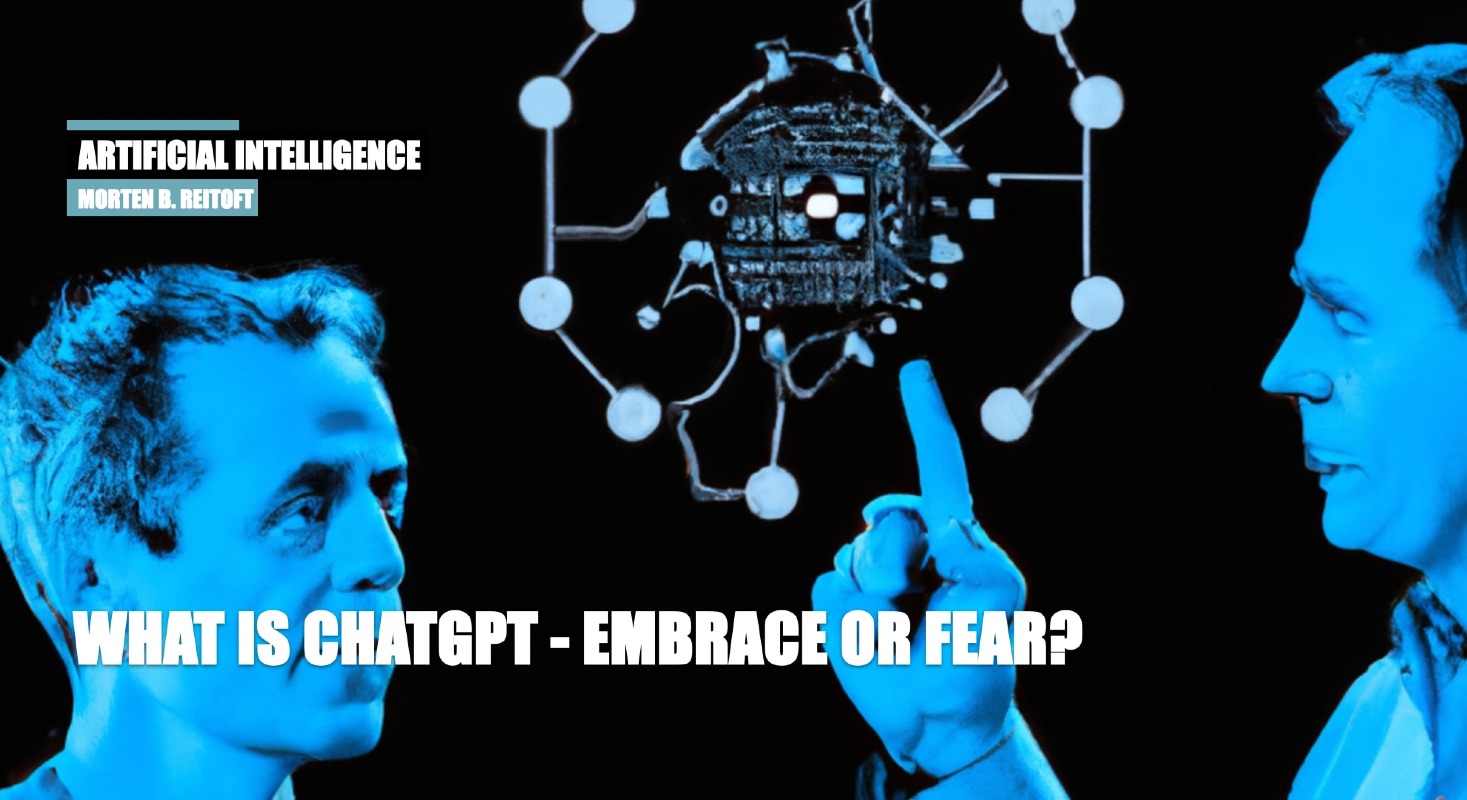 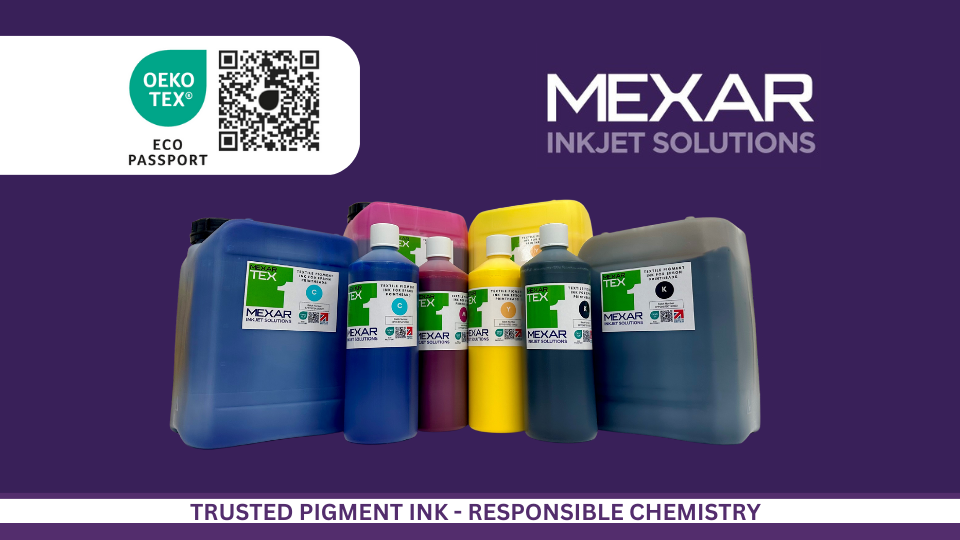 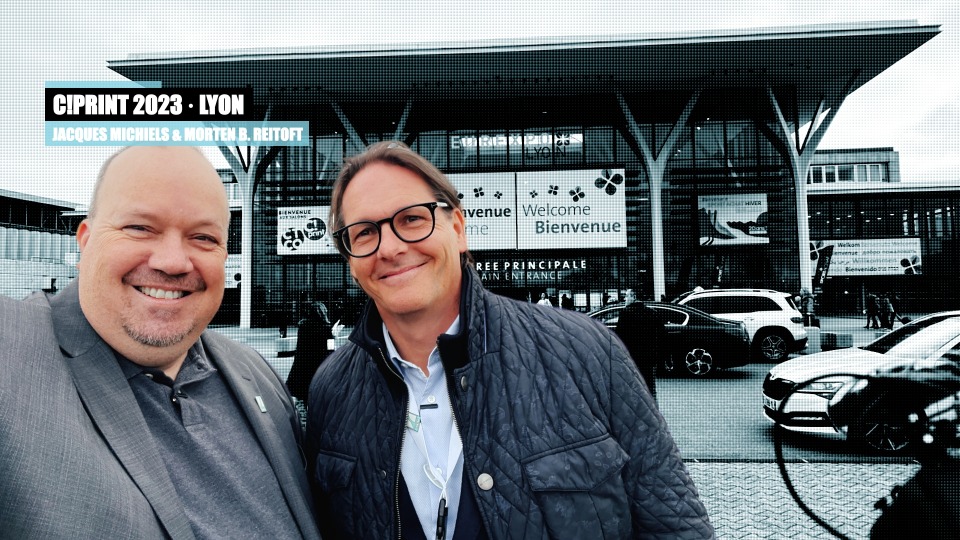 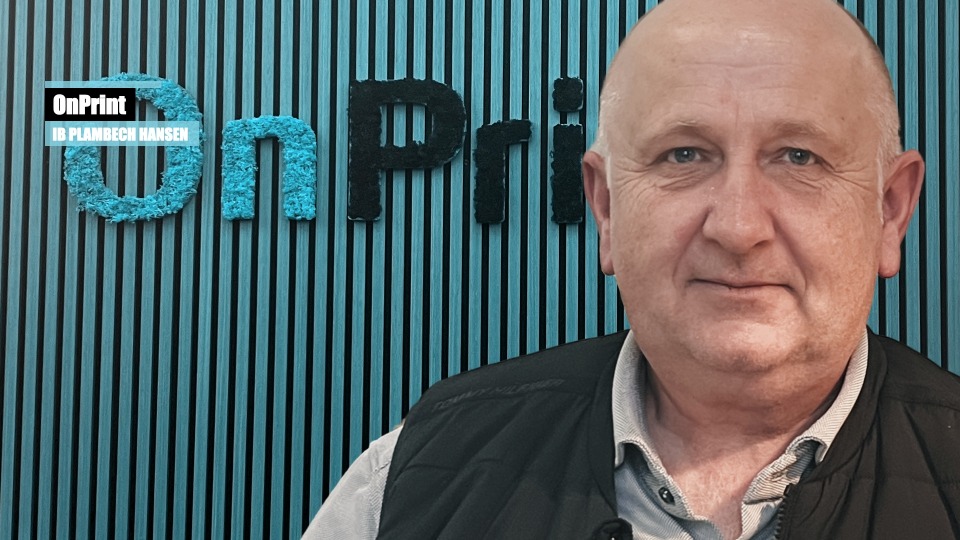 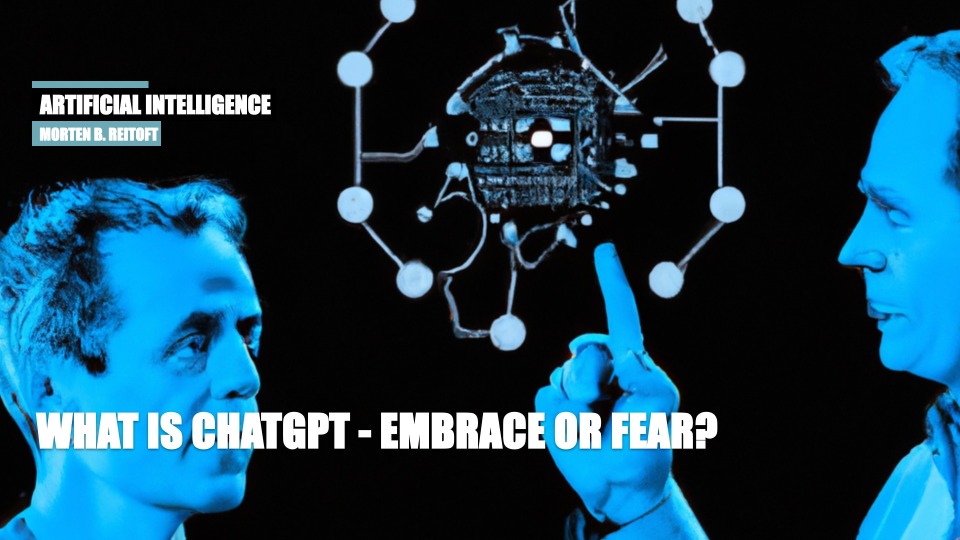 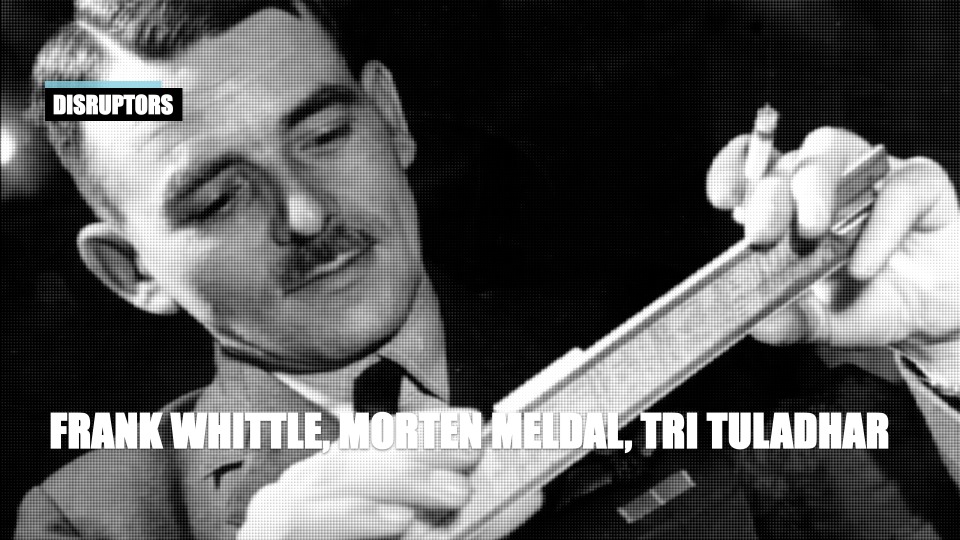 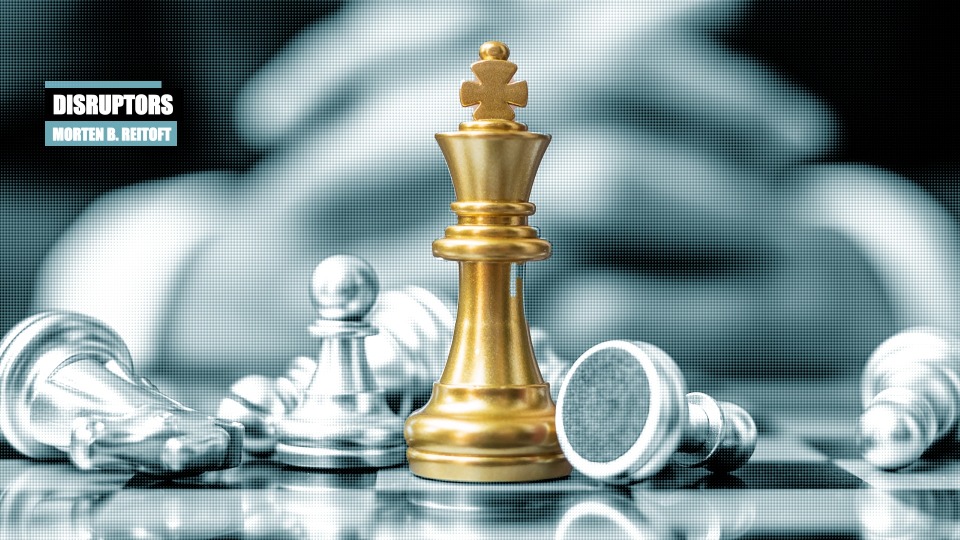